My daughter has been married for three-and-a-half years. Her husband is a motor bike enthusiast. He follows the sport, rides them, and even repairs them for a living. But when their car finally gave up the ghost (and he'd been working to keep it running using his considerable mechanical skill), he traded in his motorbike to get her a new car. Yep, he's a good one.

His birthday isn't until April, but an idea came to me after browsing this post. I've combined it with this week's Color My Heart dare: Sunset, Honey, and Buttercup, CASology: Flame, and Heart2Heart: Clean & Simple. 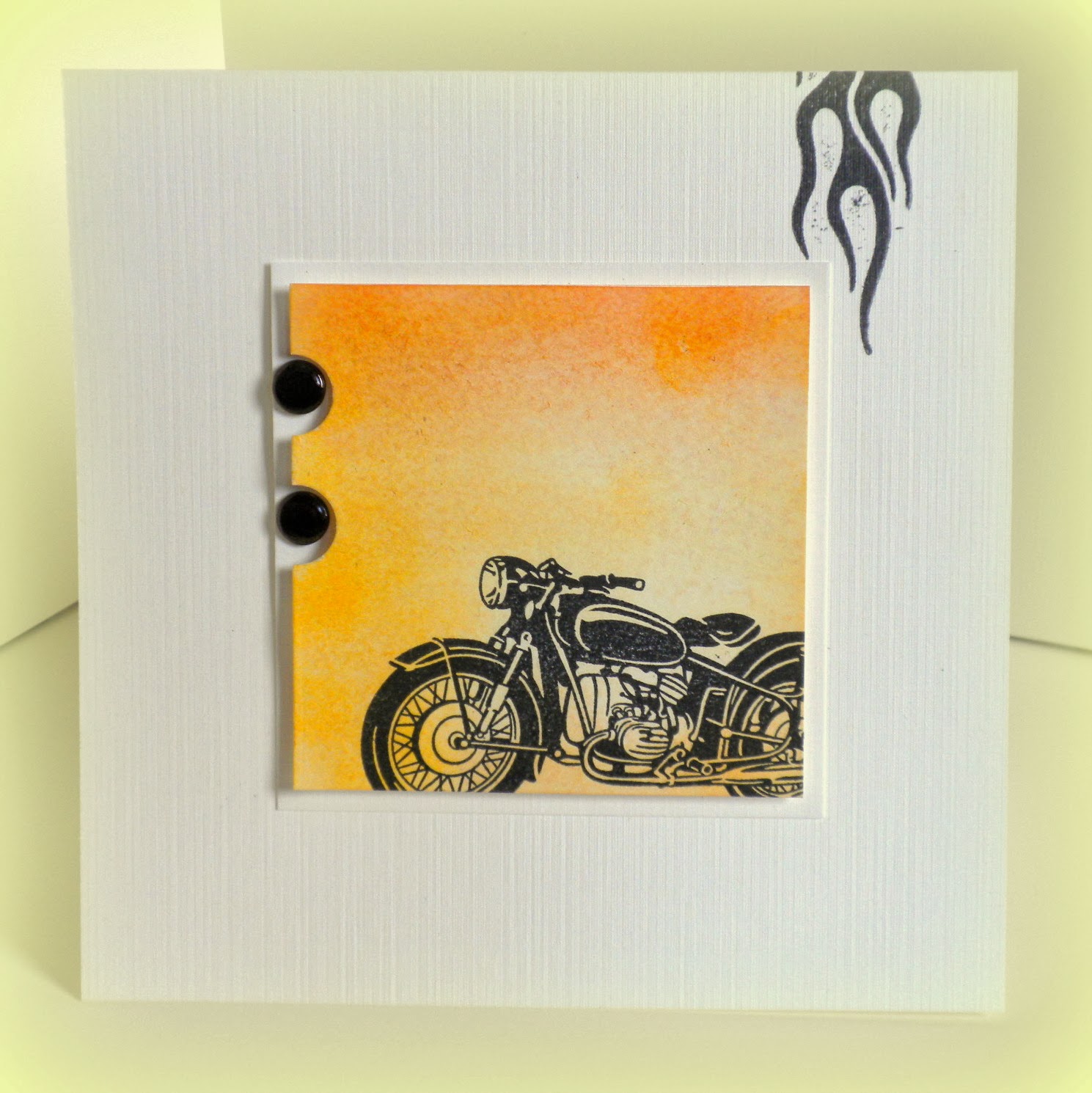 The stamp set is Born to Ride.  Can you guess why I used it???

The sunset effect was done using two different techniques. The first was watercoloring. I squeezed the lid into the Sunset ink pad, picked up the excess ink, and brushed it on the white square working it down about a third of the paper. I then squeezed the Honey ink pad, and brushed the middle third, and finished with the Buttercup ink for the bottom third.  When it was dry, I put it under a book overnight to straighten out the paper.

Before quitting for the night, I colored two brass brads with a black Copic marker and let them set overnight, too.

The next day, I used sponge daubers in Sunset across just the top and Honey along the left side. I stamped the bike in the lightest corner of color making sure to go off the edges.

I used a 1/2 inch circle punch to create the notches and then foam mounted it onto a square piece of linen cut 1/4 inch larger. Since the inked paper was still a bit warbled, there is a lot (and I do mean a LOT) of foam mounting tape under the colored piece. I used a pen to mark the center of the notched out areas, punched a small hole, and pushed the black brads through.

To make sure the edges under the brads stayed flush to the card base, I used super strong double sided tape. I've long ago thrown out the box it came in, but I got it at Hobby Lobby or Michael's.

Who's the greatest mother-in-law of all time?  Yeah, baby!

Until next time,
Becca
Posted by Becca-expressions at 10:00 PM