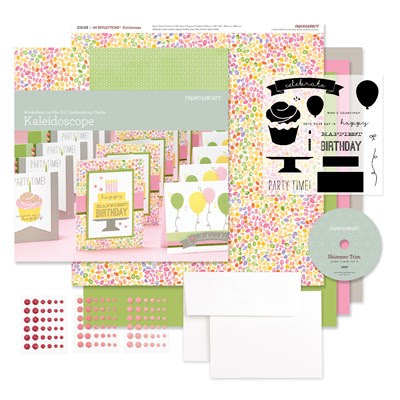 Let the fun begin!  Ever since Mary Brooks and I have been planning my time with her as a design team member, I've been waiting to show you the combination of Kaleidoscope Cardmaking Workshop on the Go and Baby Zoo. 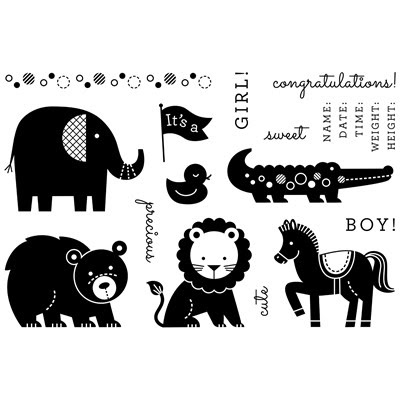 Like last week, I'm still working with leftover paper after creating all 15 cards for the WOTG, and I'm sticking with the four ink colors suggested. Today is more with birthday cards.  Next week, I'll add baby cards.  Okay...here we go! 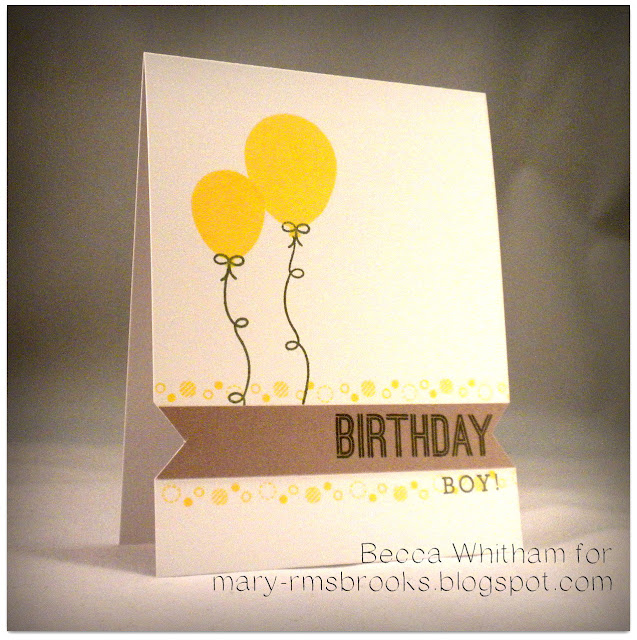 I used "Boy" and the border of small circles from Baby Zoo in combination with the balloons, string, and "Birthday" from Kaleidoscope.  For the fun of it, I notched the edges of the Whisper cardstock after it was glued to my card base. 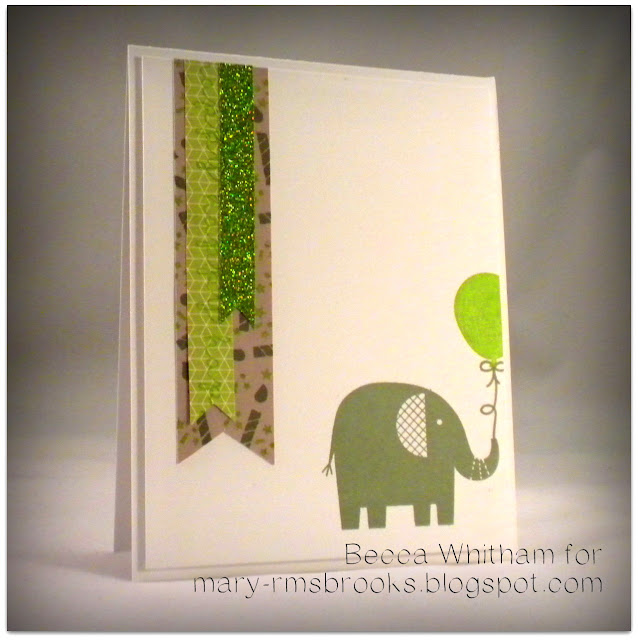 Everything here is from Kaleidoscope except the elephant.  I'll be using this as an "Oops...forgot your birthday" card.  I made it in gender-neutral Pear and Slate because, when you're late getting a card out, you need to grab whatever's handy rather than fussing over "girly" vs. "manly" color schemes.

The only accessory I used that's not in the WOTG is Foam Tape. 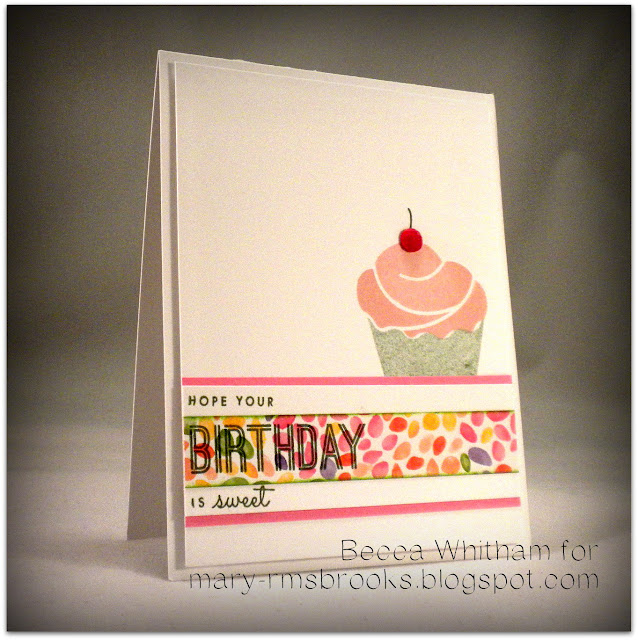 On this card, all but "sweet" comes from Kaleidoscope. The two accessories not in the WOTG are Foam Tape and a Sponge Dauber.

The patterned paper is 4" by half-way between 1/2" and 3/4". It was just an odd bit leftover after I cut all the paper needed for the 15 cards in the WOTG. I sponged the edges with Pear ink, mounted it to a 4"x1.25" piece of white cardstock, and mounted both onto a 4"x 1.5" of Pixie cardstock.  Once I had these glued, I worked on the sentiment.

The small sentiment from Kaleidoscope reads "Hope Your Day Is". By carefully inking, I got just the first two words on the top line. I cleaned the stamp well, added "sweet" on the end, then carefully inked just "is sweet" and stamped it on the bottom line. I added the separate sentiment "Birthday" in the middle.  I was lucky enough that my stamping came out okay.  Sometimes I have to start all over again if my hand shakes before the ink touches the paper.  That's why I stamp before I adhere the strip to the card.  If I mess up, I've lost three small bits of paper.  Otherwise, the whole card needs to be redone.

I stamped the cupcake base in Slate, stamped off on a scratch piece of paper, then stamped a "second generation " image onto my card.  To create the cherry, I inked one end of the balloon string in Slate, stamped it at the apex of the cupcake frosting, and added a dark Pink Enamel Gem over top.

Here's the list of supplies (with embedded links for your shopping convenience):
I hope you're starting to see the possibilities and can see why I'm having so much fun!  Add them to your Christmas wish list so you're ready to get those birthday and baby cards going after the holiday rush is over.

Posted by Becca-expressions at 6:00 AM