Fall Into Christmas with the Hawthorne Cardmaking Workshop

It's an exciting day for those of us who love Close To My Heart (CTMH). Today, the Seasonal Expressions catalog released two week early because consultants were clamoring for holiday stamps and papers...and the head office listened! So I'm going to show you how to take a cardmaking workshop which was released in the September-October catalog and make Christmas cards with it. Here's the sample images shown in the catalog: 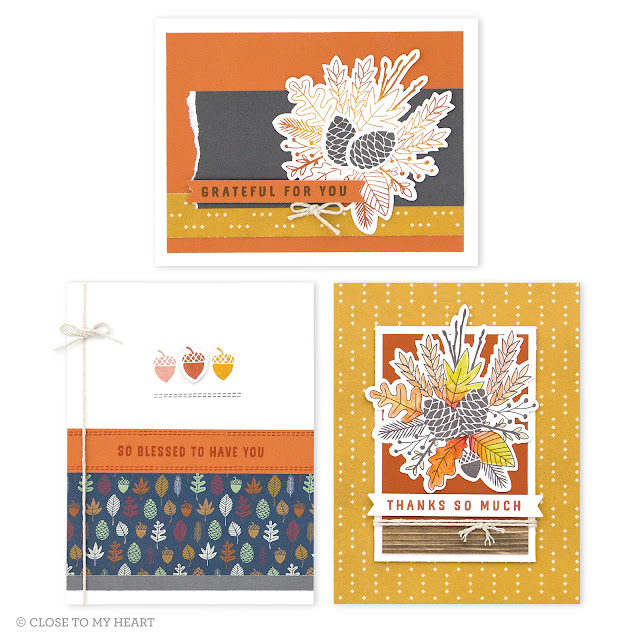 Here's the exact same cards made for Christmas: 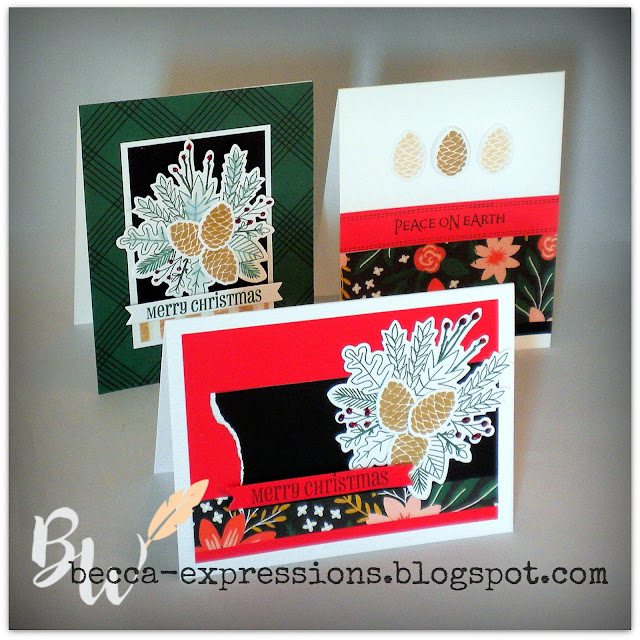 I added the following supplies to make them:


My variations include using a third pine cone to cover up the acorn, "watercoloring" the back left image by smushing the Evergreen ink pad together to pick up ink in the lid then painting. I left off the Mink Twine (which comes in the workshop kit) and used the Christmas Red Stickles instead.

And then - because I just love the whole smushing of ink pads together to watercolor technique - I created this: 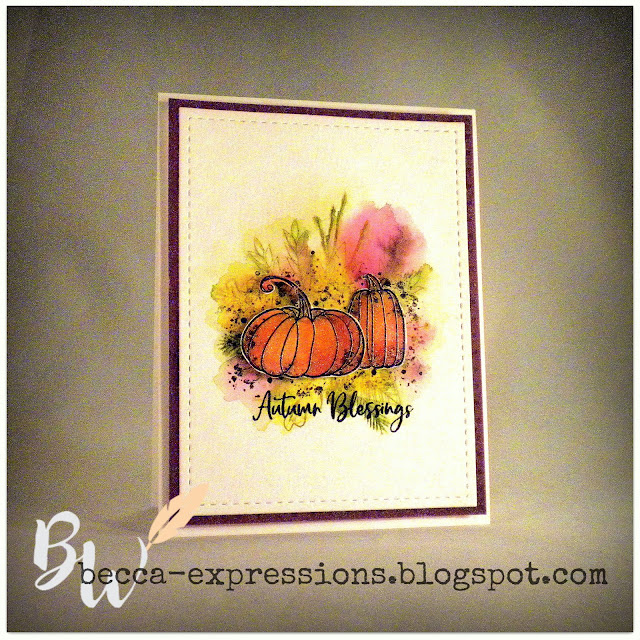 I started by getting my watercolor paper wet then stamping the Hawthorn image in Fern ink. The edges of the image feathered out immediately. Using the smushing method, I added more Fern, Saffron, Eggplant, and Raspberry here and there, letting the colors blend into each other. I had to add more water as I went along. Once the background was dry, I stamped over top of it again but I only inked the edges of the Hawthorn image and used a sponge dauber to be sure it was soft. I die cut a panel using the Stitched Rectangle Thin Cuts.

Using a separate piece of watercolor paper, I stamped the pumpkins from the Autumn Blessings stamp set in Black Pigment ink then embossed with Clear powder. Then...I smushed and painted some more. I used all the colors except Fern in the pumpkins, adding Paprika because I wanted some orange. It didn't work well, so I mopped it up with a dry paper towel.  I did used a combination of Paprika and Fern in the stems and colored outside the lines because it was going to be impossible to trim them right to the edges. After the pumpkins were dry, I added Nectarine ink because I wanted them to stand out a bit more against the background. To make them stand out even more, I added Clear Shimmer Pen to them, too.

I cut them out, trimming very close to the edges, with Micro-tip Scissors. After stamping the sentiment in Black ink over the background panel, I glued and foam mounted the pumpkins over the top.

But what about the black splatters, you may wonder. Well...let me tell you about that. If I had known then what I know now, I would have added them before the pumpkins were glued down. In truth, I added them after the fact which was awkward, to say the least. I used the smallest stamp in the Strokes of and Artist set. I inked only parts of  the stamp - even though it's really small - so it didn't look like I stamped the same image over and over again. Because I stamped after the pumpkins were down, I had gaps where the stamp couldn't get to. I still had the small paintbrush I'd used to watercolor on my desk, so I used the wooden end like a stamp, pressing it into the ink and then stamping here and there to fill in as needed.

For the final touch, I cut a piece of 4 x 5.25 Eggplant cardstock and glued it to the watercolor paper. I then foam mounted the top panel to the card base.

I want to give credit to the card maker who inspired this idea. Here's a link to the blog post with the card I used as my example.

Until next time,
Becca
Posted by Becca-expressions at 2:00 PM