Pharaoh has a couple of weird dreams...really, really weird dreams which none of his expert dream interpreters can decipher.  Suddenly, the cupbearer remembers the guy he met in prison who accurately interpreted his and the the baker's weird dreams.  Pharaoh wants to meet the prisoner, so they clean Joseph up, shave his beard, dress him in clean clothes and bring him before the throne.

After saying he can't interpret dreams but God will, Joseph listens to the dreams and, in what appears to be no time flat, tells Pharaoh exactly what they mean.  He then goes on to tell Pharaoh how to handle the situation.  Apparently 13 years of slavery hasn't knocked all the stuffing out of Joseph, which turns out to be a good thing.

In what has always seemed to me to be a stunning reversal of fortune, Joseph literally goes from prisoner to the most exalted man in the most powerful nation on earth save Pharaoh himself in a matter of about 30 minutes.  I cannot imagine, however, that Pharaoh didn't have Joseph thoroughly checked out before he even appeared at court.  I bet Pharaoh spoke with the captain of the guard at the jail and Potipher before Joseph's newly shaved face made it's royal appearance.

Now, allow me to go down a rabbit trail here for just a moment.  Yesterday, I was half watching HGTV all day, just letting it play in the background as I worked at other things hoping to absorb some designer mojo by osmosis.  A show came on called "From the Ground Up" which is basically a construction worker version of "Survivor," "The Apprentice" and "America's Next Top Model" or any of the other 101 flavors where people do jobs they don't know much about and all comment on how wretched everyone else is at doing it.  And there is always at least one prima dona character played alternately by men and women.  For the sake of ratings, these yo yo's are allowed to stay on the show far longer than they would last in real life.  They disdain the work they are given because they are "above" it.

Imagine what Joseph's life would have been like had he disdained the work at the prison.  What would Pharaoh have done had Joseph interpreted the dreams accurately but had not been a man dedicated to working hard no matter the circumstances?  By the end of this chapter, the famine Joseph predicted and planned for has spread from Egypt to the entire known world.  How many lives would have been lost; how many entire nations wiped out if Joseph had not been put in charge?

Joseph is the epitome of Colossians 3:17:  "And whatever you do or say, do it as a representative of the Lord Jesus, giving thanks through him to God the Father." (New Living Translation)

How would Jesus have handled work which was "beneath" him?  I think we can accurately assume that every moment Jesus was alive he, the One who created the earth and heavens, was working below his pay grade.  Imagine how many lives would be lost had Jesus decided the work he'd been given was too demeaning to give his best?

Until next time,
Becca
Posted by Becca-expressions at 10:31 AM 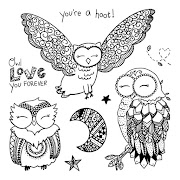 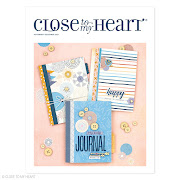