My new Cricut Explore arrived yesterday.  It comes with a two-week subscription to thousands of images I don't own.  I am making hay while the sun shines!  And it's probably about to pay off for them because I found a cartridge called "Brooklyn Iron-on" which has great gaming/geek images.  Since I live with a couple of gaming geeks, the sayings and images on that cartridge make me smile...which is the theme for this week's Less is More challenge. 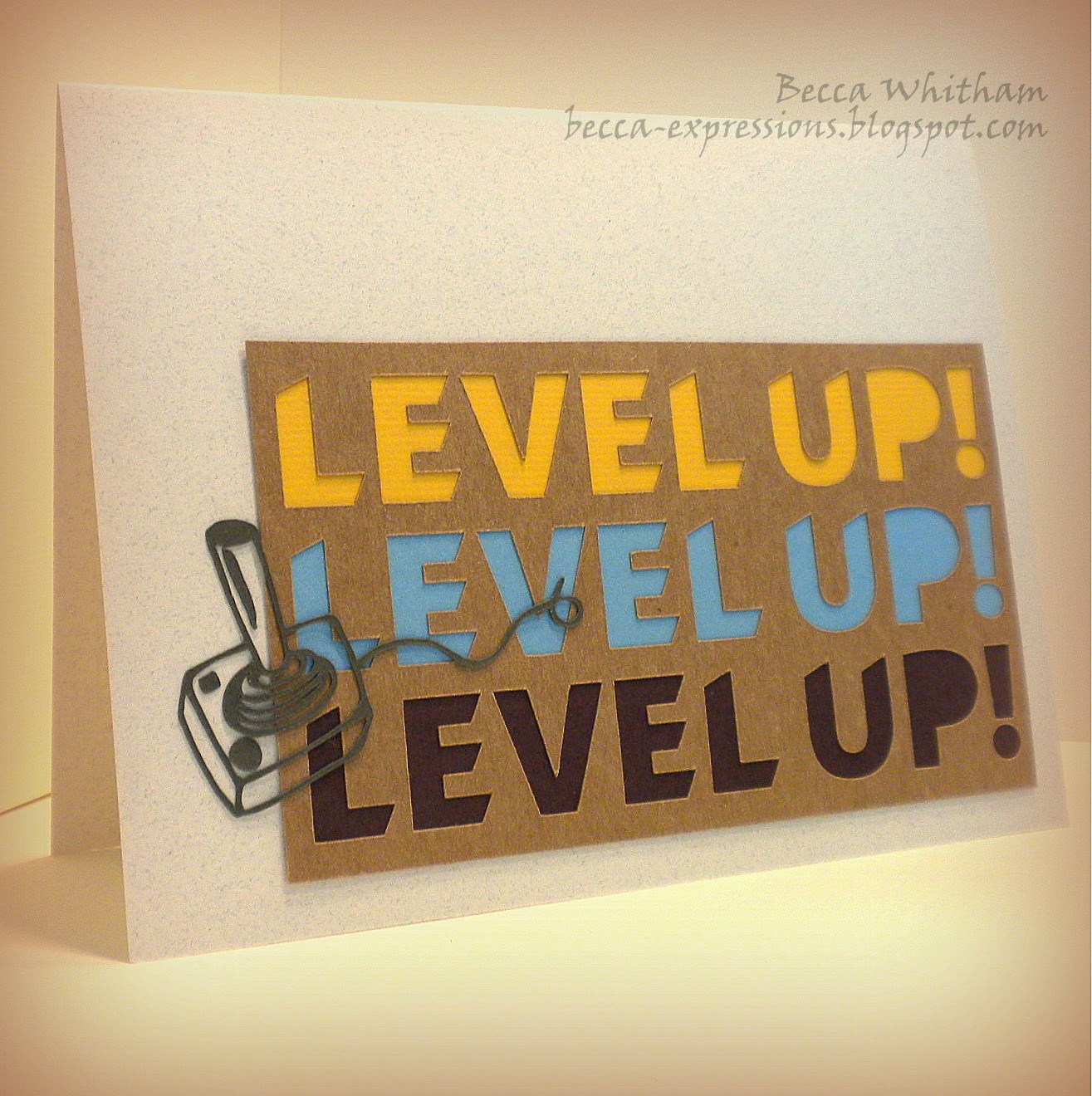 One of the other things that makes me smile about this card is the ability to use up scraps.  I cut the LEVEL UP! out of kraft, adhered strips of scrap paper to the back (CTMH Crystal Blue and Honey plus a plum from...somewhere), and then cut the game controller out of a brown from...somewhere.  I will say that having a fine point glue pen came in very, very handy for this card.

I will be sending this to my son-in-law for his birthday.  I think he will get a smile out of it, too!

Until next time,
Becca
Posted by Becca-expressions at 11:48 AM