A dear friend just lost her boxer. This dog was epic.  So epic, she wrote a book about him...and then a sequel. Surviving Henry and Still Surviving Henry: the Untold Stories will make you laugh until your sides hurt.

Henry went lethargic the other day, and if you've read these stories, you know how odd that is. They took him to the vet and were told Henry had a massive tumor on his spleen and was bleeding internally. Surgery wasn't an option. And, so, they faced the most difficult decision a loving dog owner can.

I wanted to send a card to acknowledge their loss. 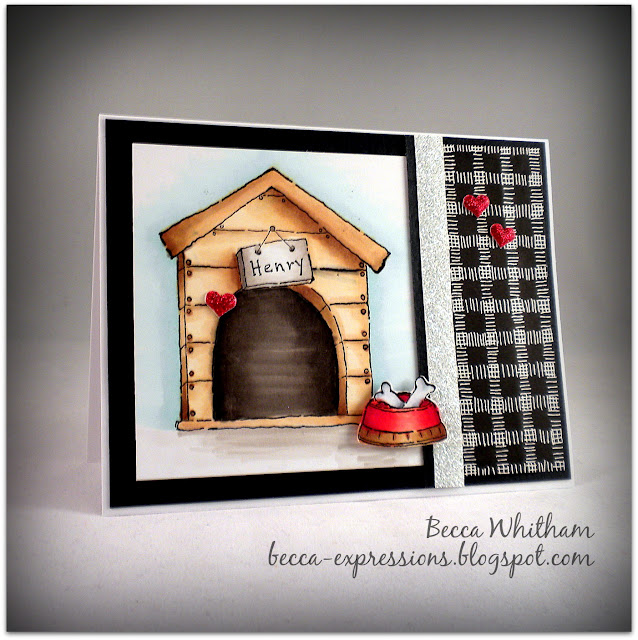 I used a combination of old and current CTMH stamps and accessories and colored with Copics.  I hated coloring the inside of the dog house in empty gray!  The card layout is Mojo Monday #449. I'm also linking to Simon Says: Anything Goes.

Goodbye, Henry. You will live forever in our hearts!

Until next time,
Becca
Posted by Becca-expressions at 1:41 PM