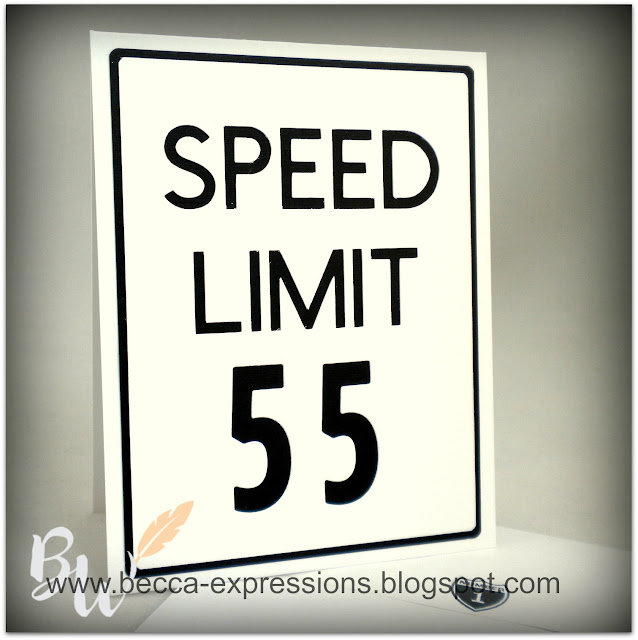 Until next time,
Becca
Posted by Becca-expressions at 2:15 PM 1 comment:

I Love You Rain or Shine

My writing partner and I have recently gone through a creative disagreement. I wanted to let her know that our friendship will survive. I used the new "Rain or Shine" set from My Favorite Things and loosely interpreted their Sketch Challenge for this card... 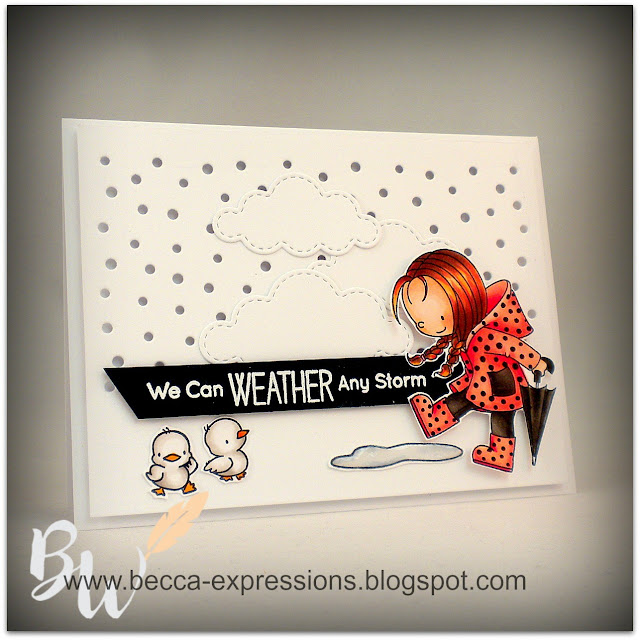 I'm crazy in love with this stamp set.  It's the first one I've bought as soon as it released. I combined it with a couple MFT die cuts to create the background. You can't see it well, but I added some Liquid Glass (aka Glossy Accents) to the puddle so it's shiny.

I can't stop smiling at this card. I hope it has the same affect on Gina.

Until next time,
Becca
Posted by Becca-expressions at 9:12 AM 1 comment:

Email ThisBlogThis!Share to TwitterShare to FacebookShare to Pinterest
Labels: My Favorite Things

CTMH brought back Hostess Rewards with this Seasonal Expressions 1 catalogue. The catalogue expires at the end of the month, so talk to me about hosting a party or being your own hostess so we can get you some of these fabulous sets. 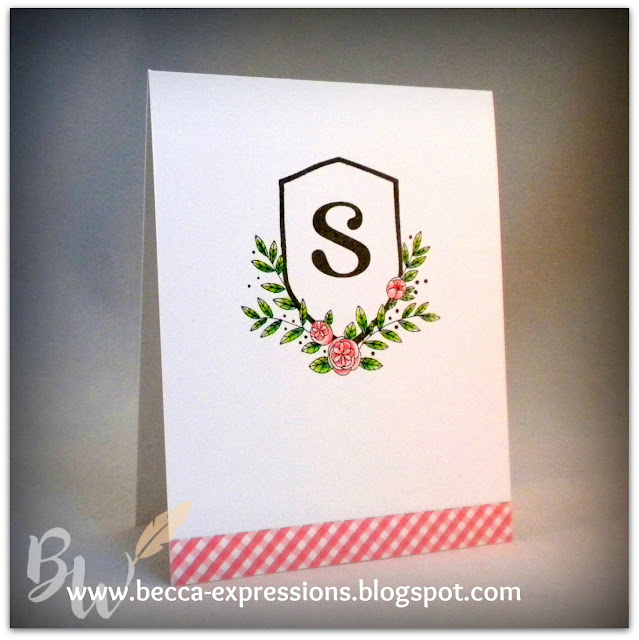 This card uses the versatile Monogram Crest. I stamped it and the letter "S" in Charcoal ink. (NOTE: I used a retired alphabet set, but it's similar in scale and design to the Farmhouse Alphabet which is also a Hostess Reward stamp set. You could get both using your $25 hostess dollars by reaching the first level of rewards.) I used colored pencils on the flowers and leaves, but markers would also work.

The pink gingham paper at the bottom is a Zip Strip from the Gimme Some Sugar paper packet.

Such a simple card design! I've created sets of notecards as a thank you gift for people in lieu of flowers or a bottle of wine. A hostess reward for a hostess gift...perfect!

If you've ever been interested in becoming a consultant, April is the month to do it. CTMH will add all four Stamp of the Month sets featured in the Seasonal Expressions 2 releasing next month to your kit (see below for sample of what comes in the kit). 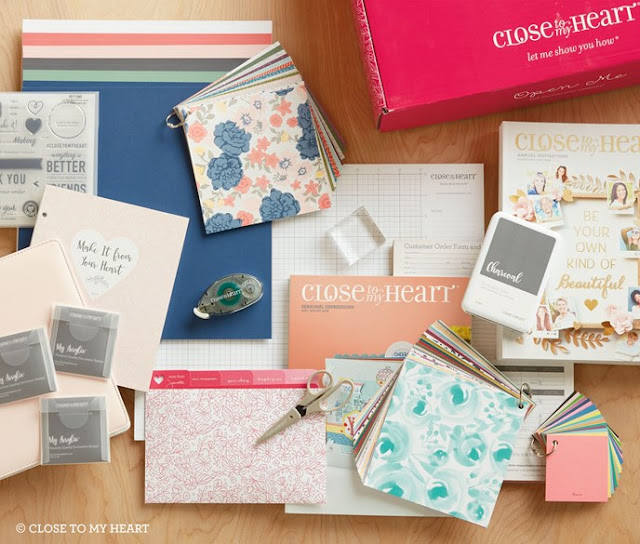 What an amazing deal...and it includes the upcoming SE catalogue and sample papers. Don't they just look yummy? Hope you'll join me as either a hostess or new consultant in April!

Until next time,
Becca
Posted by Becca-expressions at 9:21 AM 1 comment: 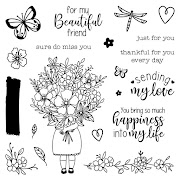 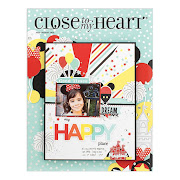