Red, White and Blue Missing You

It's a Memorial Day Blog hop over at Operation Write Home. If you've come here from Cara's Miscellaneous Me Blog, you are on the right track.

Perhaps because my novel is set in the Revolutionary War time period, I am drawn to all things 1776 right now. I'm not sure the stamping came through on the picture, but it's the Declaration of Independence. I only used part of it, smudged and ripped it, and then covered it up with the jute knot and heart charm...but it's there.

The paper is OLD from CTMH, but I sure wish I'd bought three or four packs of it. If my crystal ball had been working properly, I would have known both my husband and my son would both be officers in the Army these days. But alas, it must have been cracked.
I am now in the final countdown for my husband's return from Afghanistan. However, there are 7 families who just received word their soldiers are coming home draped in the flag. As you enjoy the rest of the blog hop, I ask you to remember these dear ones in your prayers before moving on to Lena's Scrapbutterfly Blog. Before you go, let me say a personal thank you from someone who has been the recipient of your beautiful cards. I've saved every one because they  mean so much.
Until next time,
Becca
Posted by Becca-expressions at 10:00 AM 69 comments:

Just saw this on the writers loop and had to share. Thanks to Sharlene MacLaren for posting it.
I'm on Chapter 5 of 34, and I'm already at the 3:30 hour. Oh dear! However, I did send the first four chapters off to be my plotting partner. He's great at villains, so I told him to think evil thought and get back to me.

Until next time,
Becca
Posted by Becca-expressions at 5:32 PM No comments:

Remember the Cold War? When the Soviets were the bad guys instead of Al Qaeda? When the biggest threat was "the big red button" being pushed and starting a nuclear holocaust? Ronald Reagan started a spending spree on a missile defence system. A "Star Wars" technology that would shoot Russia's missiles out of the sky before they could reach our shores. It bankrupted our enemy, and we won the Cold War without ever firing a shot. Or so the Russians said. They agreed to reduce their nuclear arsenal. Signed a treaty to promise it would be done. Reagan's response was, "Trust, but verify." I think Reagan got the idea from Joseph in this chapter of the Bible.

Joseph's history with his brothers is not one of great trust. True, Joseph was a spoiled little boy who tattled and taunted his older brothers with visions of them bowing down to him. So, when an opportunity arose, they got rid of the pest by selling him into slavery. Years have passed. Joseph has matured, but he has no way of knowing if his brothers have, too. He decides to test them.

Joseph, who has not yet revealed his identity to his brothers, tells them they must bring their youngest brother next time they need food from Egypt. He will judge for himself how Benjamin fares. He also has the money they brought to buy the grain secretly stashed back in their sacks.

The brothers return home, and soon enough, they must return for more grain...bringing Benjamin with them. Jacob, their father, is old and does not want to let the boy out of his sight. Last time the brothers went on a journey without him, Joseph was torn to shreds by a wild animal (or so he was told). Should something happen to the only son left of Rachel, it will send him to his death in abject misery. But it is either potentially lose one son or kill all his sons and livestock through starvation.

When the brothers return to Egypt, they pass the first test by bringing the money back Joseph had stashed in their bags last trip. But how will they react when another opportunity to be rid of a spoiled, younger son arises? Joseph has his servant stash all they money and his special cup in Benjamin's bag. He then sends the servant after his brothers with an accusation. Whoever has stolen the money and cup will be killed.

It's the perfect set up.

All the brothers return, though Joseph's servant has said only Benjamin is guilty. Judah, the one who has learned some humility through his dealings with Tamar, begs Joseph to take him instead of  Benjamin. Despite thinking Benjamin is guilty (vs. 16). Despite Joseph's position being like unto Pharaoh.

I imagine the scene something like this: Judah asks for a private word with Joseph. They step into a more secluded corner of the room, but Joseph can still see everything. As Judah is pleading for his brother's life, asking to be the one enslaved instead of Benjamin, the other brothers have encircled the boy in a protective huddle. If they must, they will protect this favorite son to the death, hoping the second-most powerful man in Egypt is satisfied with their blood and allow their brother to return to their father.

Nice story, you think, but what practical application does it have?

Has someone sold you down the river? Sabotaged your authority? Made you look bad in front of your boss? Climbed over the top of you, clawing your back, in order to get ahead? Lied about you to look better? If you've lived longer than 15 years, the answer is a definitive, "Yes!" What would you do if, a few years later, that person was entirely at your mercy? Joseph could have ordered every last one of his brothers killed and no one would have questioned it. He could have enslaved them. He could have done ANYTHING HE WANTED to them, because he was second only to Pharaoh. But he decides to test them first. See if they have matured as he has. Verify their trustworthiness.

God gives us a pattern for offering trust again...which is different from forgiveness, remember. (See Reconciliation and Distrust from my blog on April 7, 2010.) There are times to trust again. Ways to be certain it is safe to extend your heart once more.

Until next time,
Becca
Posted by Becca-expressions at 12:05 PM No comments:

I have great neighbors. Great. Neighbors.

With my husband deployed, it's important to have people looking out for me. Kathy and Gary have watched over the house while I travel, taken in the mail, overseen some of the repairs, and made sure I kept my doors and windows locked.

They are getting their house ready to sell...which does NOT make me happy. I told them they can't leave until Nathan gets back! To thank them for all they've done, I bought them a gift card from Lowes.

This cards is based off the Mojo Monday #192 sketch. All stamps and supplies are CTMH but...if you follow this blog at all...you know they are discontinued now.

So here's a blogger shout out to some wonderful people who have made this deployment just a little easier.

Thanks Kathy and Gary. You're the best!

Until next time,
Becca
Posted by Becca-expressions at 3:22 PM 2 comments:

Wait. I thought that was supposed to be Dec. 21, 2012 when the Mayan calendar runs out.

Or any number of other days which have come and gone in past centuries, including September 6, 1994, Harold Camping's other end of the world date prediction.

Just gonna take a wild leap here and guess this guy is wrong...again.

A thief doesn't announce he's coming to your house. He doesn't plant clues for you to figure out. He shows up when you least expect it. It is possible the world will end tomorrow. As likely as it will end today...or the day after tomorrow...or next month...year...decade. It is possible. But if God said we aren't going to know, then I doubt He's coming on a day so publicized. It's not very 'thiefish.'

So is Camping all wrong?

Here's the sad thing...he's not all wrong. But he is terribly, terribly wrong about this...as he was before...and will most likely be again. As he is wrong about a frightening number of other things.

And he is giving the entire Christian body a black eye. We don't need any more of those. What with the adulterous affairs of Christian leaders, the church who pickets military funerals, and those who preach false doctrine, it's no wonder we are a laughingstock. But the Christian message is serious...life and death serious.

The LORD will come. There will be a great tribulation. The world as we know it will end.

Until next time,
Becca
Posted by Becca-expressions at 6:23 PM 4 comments:

Spring in my Heart

Despite the thunder and hail outside, I am determined to have Spring. Today's card is light, fun, and works for three different challenges. Woot!

All stamps and supplies are by CTMH. The technique is sponging. I can't live without sponging. Whether it's a tiny bit at the edges of the Sophia B&T paper, a heavier dose at the edges of the white, a really heavy amount around the Hollyhock cardstock to give it the same Tulip colored edge, or (my personal favorite) the sponging over white embossing to create a resist. Love it!!

Changes to the Mojo Monday sketch include stamping the sentiment where the brads are, the square behind the flower turned to a diamond, and the vertical orientation.  Yes, it's shown horizontal. That's because I can't figure out how to turn the photo with my blog. And I'm too lazy to log off, fix it in Picasa, and come back. No...not lazy...just under a time crunch. Yeah...that's it.

Until next time,
Becca
Posted by Becca-expressions at 6:25 PM 10 comments:

For Christmas, my daughter gave me a miniature book called Daughters & Mothers. Each page has a sentence or two on the complexities of this special relationship. After I read through it, I decided to come up with my own little snippet of the lessons I have learned from both my mother and my daughter.

My mother taught me to care what other people thought; my daughter that the opinions of others don't matter. I hope I have learned the best of the two: to treat everyone with courtesy and respect, but to go ahead and take risks.

Happy Mother's Day to every mother and child!

Until next time,
Becca
Posted by Becca-expressions at 9:00 AM No comments: 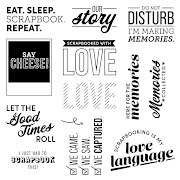 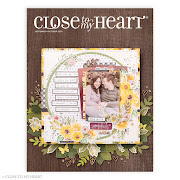