My husband and I are getting ready to take nearly three weeks off to go visit family. In that time, we are celebrating birthdays for both our kids, two nephews, and one niece-in-law plus one graduation and four anniversaries. August is a busy month! Here are a few of the cards made today:

All supplies by CTMH and are entered in the Heart 2 Heart Sketch Challenge.

I embossed with clear powder over Cocoa ink, then added three more layers of embossing powder to get the thickness. I thought about adding a pin on the back of this to turn it into a button, but I'm pretty sure the person I have in mind for this card would  NOT go for that. Below, the "ribbon" is pleated paper which I then straightened back out and stamped "CELEBRATE" on the ends.

This picture was given to me by a friend who has a talent for photography and was in Italy for three months. The charm is discontinued CTMH.

Below, the background was done using the shaving cream technique. I've had it sitting in my scrap drawer for at least three years. Not sure where the idea to weave three of the five background ribbons came from, but I thought it looked pretty cool. The present stamp is discontinued CTMH; the words and wood grain are current CTMH.

Love how this one turned out! All stamps are CTMH except for the scroll which, I believe, is Stampin' Up! The newsprint paper is also CTMH, but the polka dot is from somewhere or other. I also distressed my edges with Chocolate distressing ink from CTMH.

And, last but not least, an anniversary card. The patterned embossing is a CTMH background stamp over gold vellum. Again, edges distressed in Chocolate. The paper lace is also very, very old CTMH. The embossing on the ribbon (CTMH) left little flakes, but I didn't even see them until taking the close up picture. The flowers and pearl accents were purchased at Michaels and I have no idea who to credit.


Whew! Now I need to find envelopes and put them with the stash of things to pack.

Until next time,
Becca
Posted by Becca-expressions at 3:39 PM 4 comments:

One of our Army traditions is the "Hail and Farewell" to say thanks to those who have served with us. Tonight is our farewell dinner for the commander of my husband's battalion. We have been blessed by his leadership, wisdom, and friendship. I wish there was something more than a small card to express how deeply we appreciate him.

This is my first circle card. I used a Nestabilities die to cut the outside and then cut another, plain circle to create a back. The paper is K&Company. I'm not sure where the stickers came from. Ribbon and safety pins are CTMH, and the pearl accents are Recollections but colored using Copic markers. Because I used stickers, I needed to take the pictures at an angle to cut down the glare.

It has been our honor to serve alongside this commander. His wife has become a dear friend, and it hurts to see them go. However, we are all the richer because he chose to dedicate himself to a life of service.
Until next time,
Becca
Posted by Becca-expressions at 4:01 PM 4 comments:

Okay...not sure what's up with me lately, but the Neapolitan ice cream colors have become my new favorite. I need an extra special card for my daughter and her husband because I'm going to be very, very late getting their anniversary card to them. I really like how this turned out.

The heart stamp was retired long ago by CTMH, the damask background stamp was the CTMH Stamp of the Month earlier this year. And, since CTMH Heart to Heart is doing a doily and lace challenge, I thought I'd enter it there as well as at Mojo Monday Sketch 200. The doily is even an old CTMH product. Yeah...used to be a demonstrator with them, back when they were D.O.T.S.

I used a Versamark pad and then embossed with clear powder to create the background. Other products include Nestabilities, a square punch, three sizes of flower punches, sanding block, pearl accents, and a little bit of ribbon.

After all this, I think I'll run upstairs and see if there is any ice cream in the freezer. Might help me stay cool in the heat wave we are having here. Thank goodness my hubby installed a couple small air conditioners we've been carting around for years.
Until next time,
Becca
Posted by Becca-expressions at 12:05 AM 12 comments:

"In the beginning, God created the heavens and the earth." Gen. 1:1

A college professor opened my eyes to the ramifications of these two, coordinating verses. He pointed out how many times it says in the Gen. 1 account of creation "God said...God made/created." (See vs. 6&7, 14&16, 20&21, 24&25, 26&27.) He contended God the Father spoke the words, and then God the Son/Word did the actual making/creating of the thing which the Father had spoken.

Think about that one for a moment. God the Father spoke words, then the Word of God created life from nothingness, made something vital to spring forth out of a void.

The Word of God, Jesus, has had the power to give life from the beginning. His first function, and I would argue his primary function, is life. Life from nothingness. Life from death. Eternal life.

The Word of life.

No wonder the Psalmist wrote, "Revive me according to Thy word." Ps. 119:154. No other power but the word can give life. This is why we Christians are to hide God's word in our hearts, to meditate on it day and night, to love it more than silver or gold. And while we do not believe the Bible is some mystical talisman containing Jesus's physical presence, we do believe it contains God's truth which has the power (when heeded and put into practice) to bring life.

Are you dead somewhere? Is there nothing where your heart should be? A void instead of vitality? The Word of God--Jesus--can bring new life. He is in the business of taking dead, empty, wintery places and bringing forth Spring. Our part is treasuring His word, His part is giving life.

Until next time,
Becca
Posted by Becca-expressions at 10:43 AM No comments:

I've been on a creative drought for a long time waiting for my husband's return. But, for the past couple days I've been on a roll. Here's one for the OWH Sketch Challenge #78:

I hand-stitched the edges because I wanted a thicker strand than a sewing machine would give me.  I also bought some new Copic markers, so I played with them on the cupcakes. The stamp is a very old CTMH image. The paper is also discontinued CTMH in Neapolitan colors. YUM!

Until next time,
Becca
Posted by Becca-expressions at 9:23 PM 3 comments:

Want to know if someone loves you? Easy. What are they willing to give up for you?

A couple days ago, I had a conversation with the mother of a special needs child. The whole family has given up many things in order to accommodate one member. Being a modern mom, she is networked with other families with children sharing her daughter's condition. She was pretty fed up with the string of e-mails from parents unwilling to make their own sacrifices. Why would a parent risk a kid's health because it would cost an extra $100 a month to make a change? Especially since both parents work full time.

On this 4th of July holiday, and with the subject matter of my novel, I am reminded of the things given up in order to secure our independence. As I wait for my husband to return from his year in Afghanistan, I have a glimpse of what it must have been like for colonial women to kiss their husbands goodbye. But only a glimpse. They had no Skype, reliable mail service, or even an eventual return date. Add to that the amount of work which fell on their shoulders to keep up the home farm and animals. And what of the men? The left their families at a time when too many soldiers (on both sides of the fight) thought unattended women were...shall we say "fair game" to keep the PG rating on this blog. Overwhelming! All because they loved a dream which had about as much chance of becoming reality as I do of becoming an Olympic gymnast.

Closer to home, how do I know my husband loves me? Because, for 25 years, he went to work every day at jobs which were less than his ideal in order to provide a roof over my head and food on our table. He gives up his time and energy to do things with me which are NOT on his list of fun things to do (think ballet and opera) because I want to do them. He knows I love him by the sacrifices I make to either do things he wants or give him time with his own friends.

Why do I create hand-made cards? Because the sacrifice of time speaks more to communicate my love for the recipient than the actual pieces of paper or sentiment.

John 15:13 "Greater love hath no man than this, that a man lay down his life for his friends."

There are many ways of laying down your life. Very few involve physical death. Most are putting to death your own plans, dreams, hopes or desires in order to accommodate those you love.

Posted by Becca-expressions at 2:37 PM No comments: 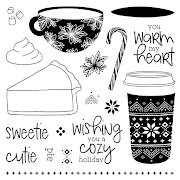 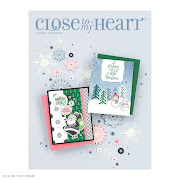