Do you know why I love the Army/Navy game?  Because it reminds me what a great rivalry is all about.

Two years ago, my husband and I traveled to Philadelphia for the game to see our son.  See him...he's right there!  What a thrill to be in the stadium and watch 4000 Army cadets from West Point and 4000 more Navy cadets from Annapolis march onto the field of play.  To have AirForce 1 "buzz" the stadium.  Watch President Bush walk through a line of cadets.  So cool...actually freezing.

The game itself was secondary to everything else going on...or maybe that's only because Army got trounced that year.  They never even scored.  And yet, despite how lopsided the games have been in past years, it is still considered the greatest rivalry in all of sports.

Christians have some pretty great rivalries, too.  At least we could if we followed the tradition of Army/Navy.  Instead, we have stooped to simply wrestling around in the mud for no purpose other than knocking each other down and getting everyone dirty.

Here's how we can stop just making a mess and start doing something people want to see:
Now...having said all that, I end with a benediction stolen from my son's Facebook and written to his very good friend, an Annapolis graduate:  "May your runningbacks fumble every carry, your receivers drop every pass, and your kicker shank every kick. Love ya brother, but tomorrow I hope you are ground into tiny bits." 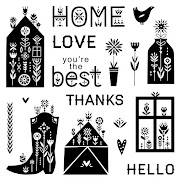