This week at Color My Heart, we are working with Honey, Smoothie, and Olive.  I'm still on my Christmas card kick, so I came up with this: 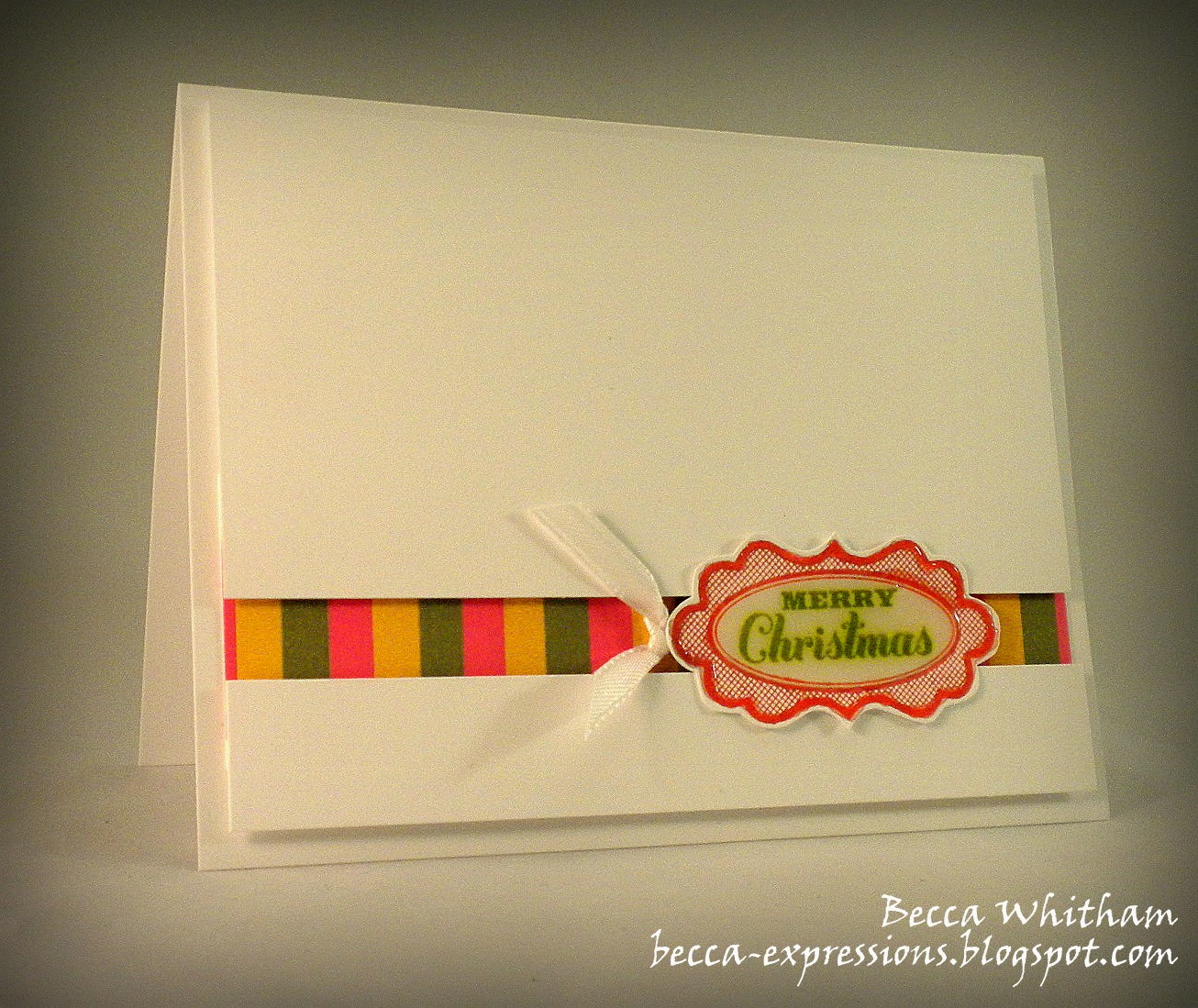 Lately, the blogs I visit have had a number of cards with what I call "peek-a-boo" features.  I decided to do an easy one.  The stripes of colored paper are .25" wide and of various lengths because I used up scraps. I glued them to another scrap piece of paper until I had a length of 5.5".  I did make sure they were all at least 1.5 inches tall, though, because that helped when it came time to assemble the top panels over the stripes.

My top, white panel was originally cut at 5.25 x 3.75".  I then cut it into two pieces at the .75" mark so I had two strips measuring 5.25 x 3" and 5.25 x .75".  Using one of my top panel pieces as a guide, I trimmed the edges of my colored paper strip until I had an even fit.  I really wanted my two end pieces of Smoothie cardstock to be the same size, so it required some centering and eyeballing before cutting. 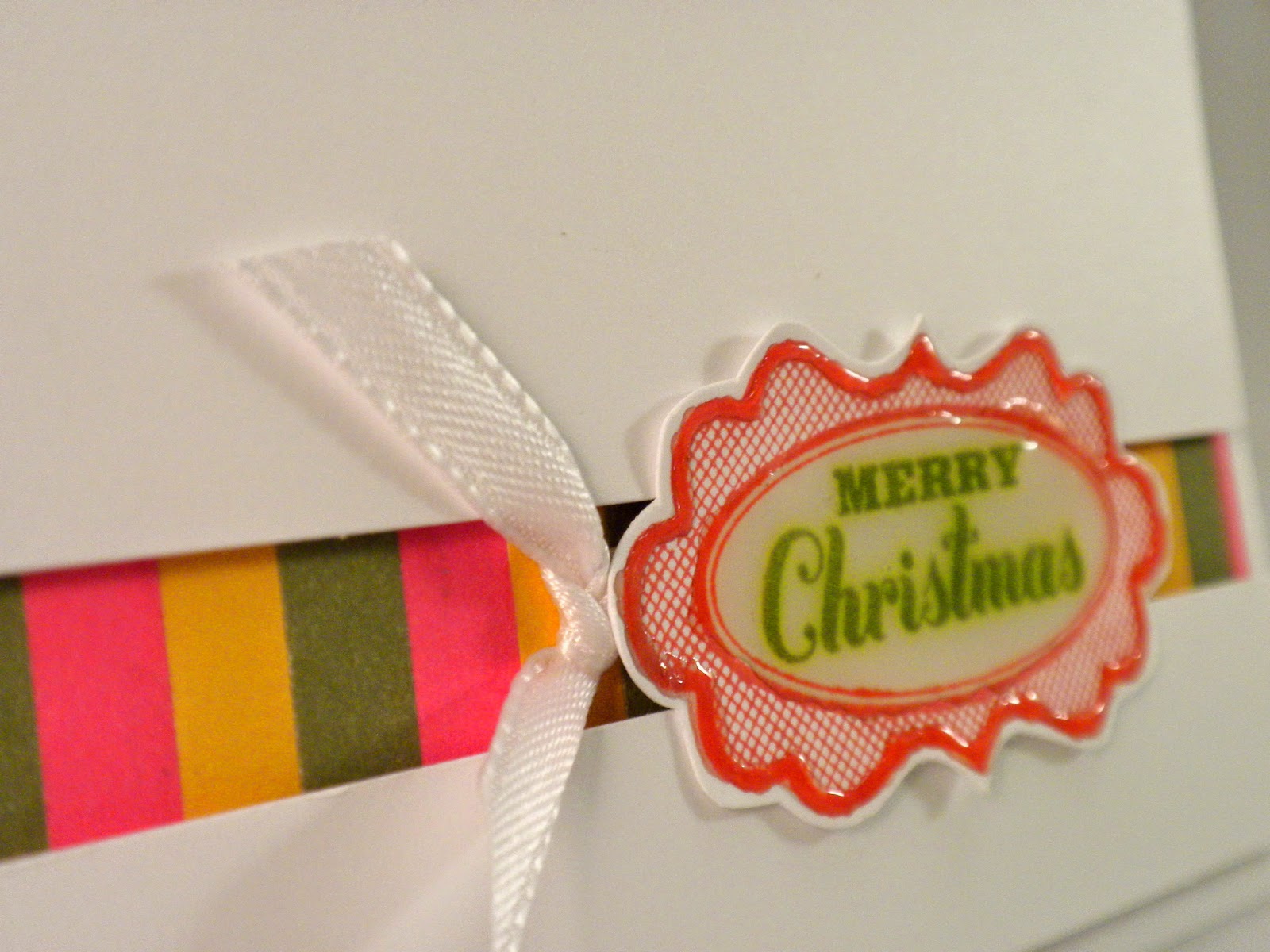 What do you think?

Anyway...I was looking at the finished card and thought, "Hmmm, it could use a little something more, but not too much." So I grabbed some ribbon, tied it in a knot, and secured it with another dot of Liquid Glass.

You will likely see more "peek-a-boo" types of cards in the future because I love how they add dimension without adding lots of bulk.

Now I just need to figure out how to take better pictures with my fancy-schmancy new light box the hubs got me.

Posted by Becca-expressions at 9:43 AM