My mom is really going through it right now.  She is one of seven children who get along to varying degrees.  This one doesn't speak to that one, that one doesn't speak to a different one, but all of them speak to her and use her as the family mediator.  Blech!  I called her the other night and she was almost in tears.  I'm pretty good about sending encouraging cards to my friends, but I tend to think of my mother as something of an emotional rock.  Today I thought I would put together a simple card using Freshly Made Sketches to let her know I'm thinking of her. 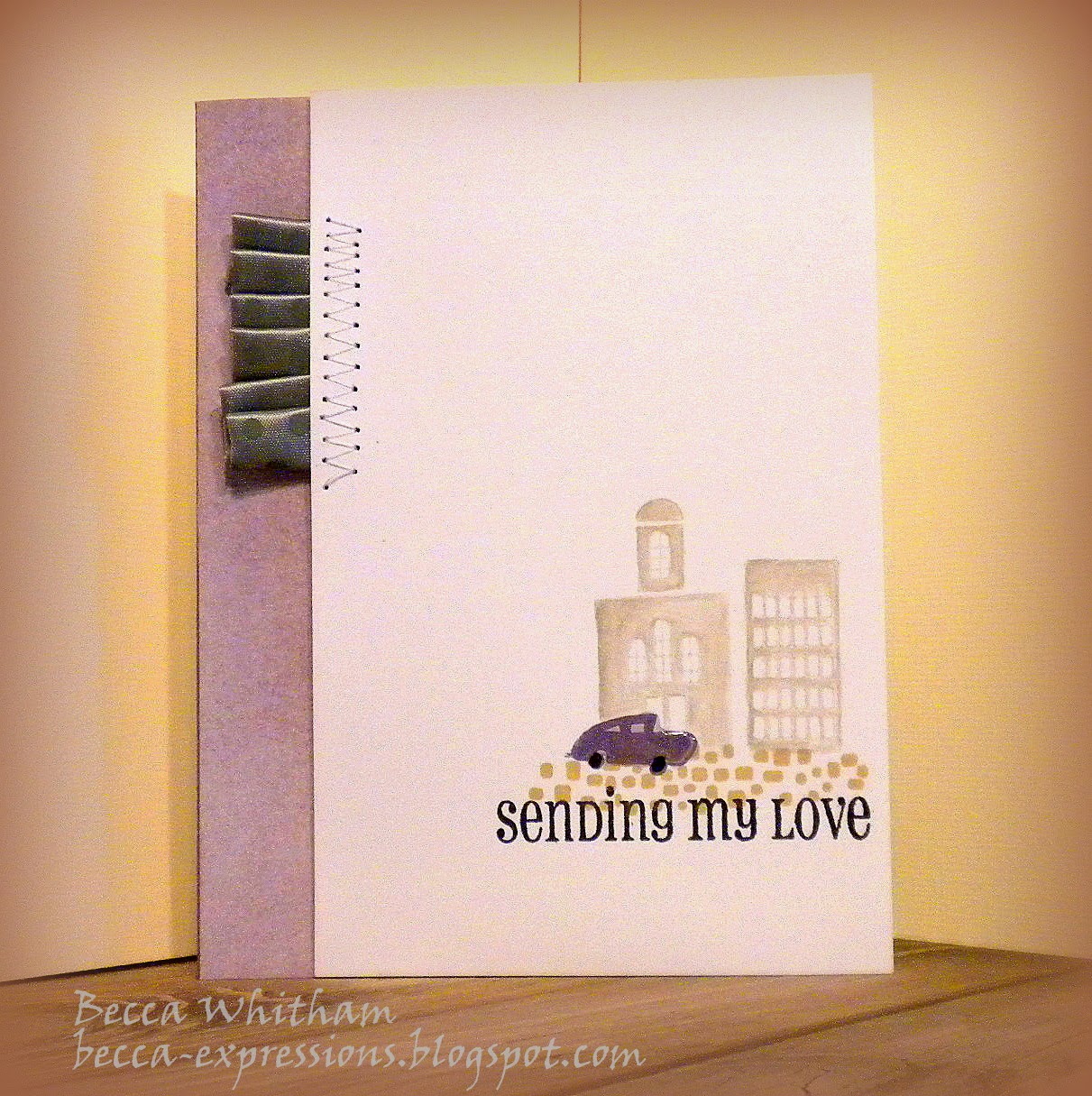 All supplies are in italics are CTMH.
I had a different idea when this card began but it morphed.  Then I got fingerprints on the edge and had to trim it down.  Then I fussed a little more with this, that, and the other until it ended up as you see.  The reason I needed the watercolor pencil over top of the buildings was because I did second generation stamping and, after the metamorphosis, it needed more heft.

I hope this helps my mom know that, though we are thousands of miles apart, I can still send her my love.

Until next time,
Becca
Posted by Becca-expressions at 1:26 PM