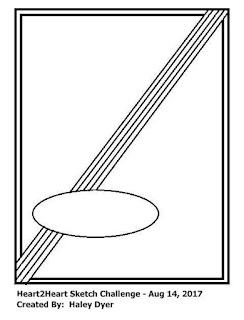 My new consultant kit showed up, so despite my writing deadline (and that I've already taken several crafty breaks), I got inky. Ever since the sketch for this week's challenge was posted for the design team, this is the card I've seen in my head. I was tempted to change it when I saw a similar design from Alyson, but why not show two variations on the same sketch and same paper pack? 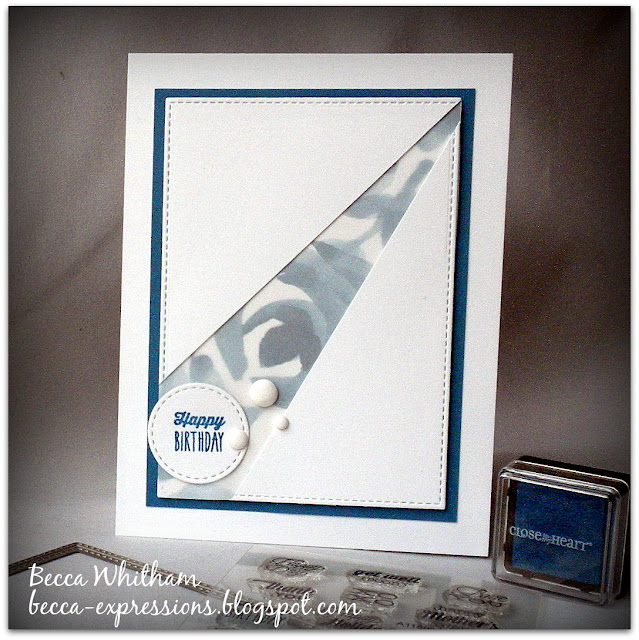 Once deadlines are over, I'm going to tackle learning how to make videos. In the meantime, I'm including some process pictures. 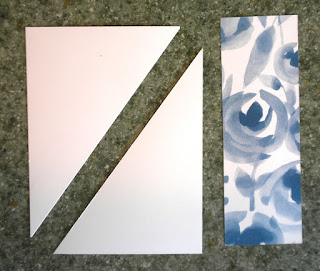 I started with a 4.25 x 5.5 piece of White Daisy Cardstock and used my paper trimmer to cut it at a diagonal. I wasn't worried about getting the corners exact because I knew I'd be cutting them off.

Next, I cut a 2 x 6 piece of patterned paper from the new Adventure Fundamentals. Such gorgeous watercolor images in this pack! 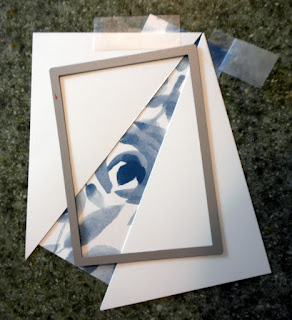 Then I taped the white cardstock over the patterned paper in a spotlight rather than straight, laid a rectangular die cut from My Favorite Things over the top and ran it through my Cuttlebug.

What I should have done is put a piece of Washi tape over the top to keep everything together so I could turn it over for the next step. 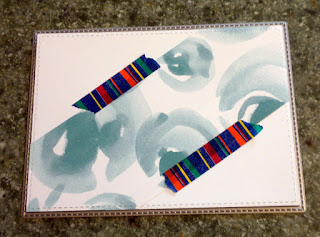 I had to refit the pieces inside the die to add these pieces of Washi so I could open up the top pieces for the next step. 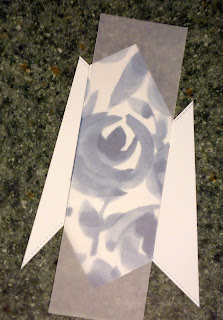 After opening the white pieces like a door, I laid a 2x6 piece of Vellum Paper over the top, added tape runner over the inside of the white cardstock, and closed the door.

I might have been able to add the vellum into the original die cut, but I wasn't sure how many layers the die would take. Instead, I trimmed off the excess with Micro-tip Scissors.

Once I had the top panel done, I mounted it to a piece of Pacifica Cardstock using foam tape. I made sure to have plenty of tape along the seams where the patterned paper and white cardstock overlapped to keep everything secure. I left the Washi tape from the above picture in place, too.

I centered the panel on my card base and then added the sentiment which is from Short and Sweet stamped in Pacifica pigment ink and embossed with Clear Powder. I used another MFT die to cut the stitched circle.

To accent the sentiment and make it feel a little bigger, I added three White Enamel Dots.

I have about five more birthdays and an anniversary left in the month. I really need to get this story written. Wish me luck, I'm goin' in!


Posted by Becca-expressions at 1:00 AM