July is coming to a close and August is upon us. Today I want to share two cards - both with the same saying, the same floral theme, and using the same color scheme - but which look entirely different. Here's card #1 using the Share the Joy special that expires at the end of the day tomorrow: 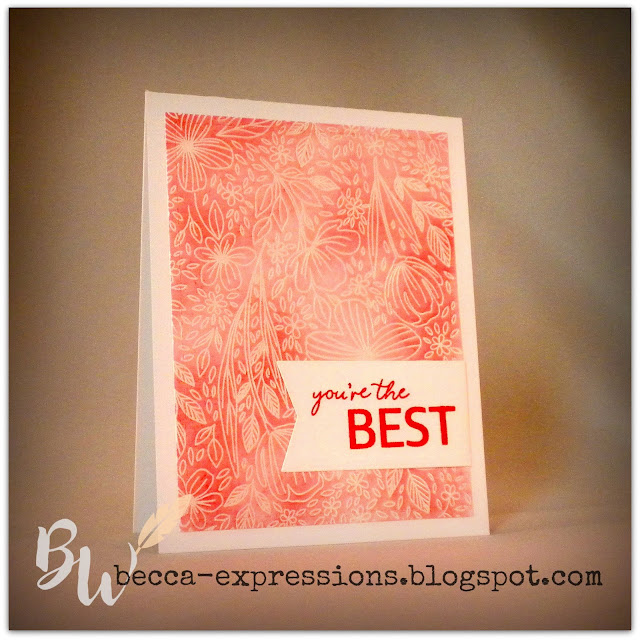 I white embossed the large floral background from a Hostess Only Rewards stamp set called "She's a Wildflower." I then used a sponge to add Pomegranate Ink over top, mindful to allow for varying levels of concentration. I die cut it using the Stitched Rectangle Thin Cuts, then stamped the sentiment on the banner (both a part of the Share the Joy special) and mounted them over a card base. Easy peasy! 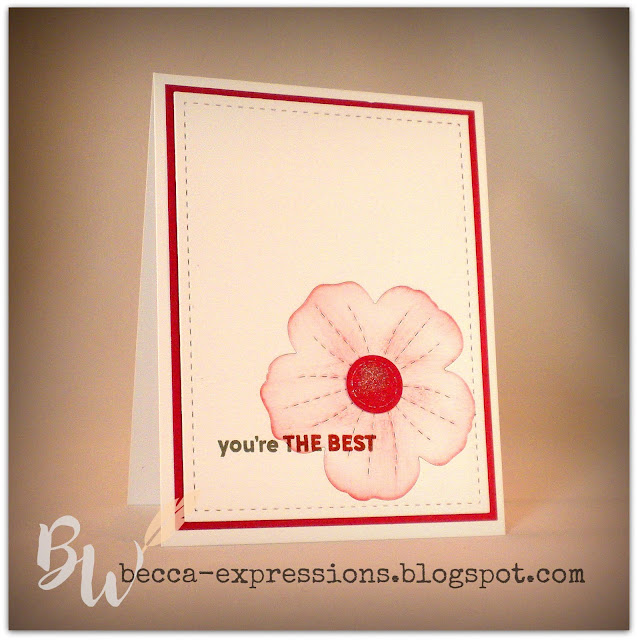 I die cut the flower out of a panel which had already been cut with the Stitched Rectangle Thin Cuts. I then used the leftover ink on my sponge from card #1 to color it. The sentiment is from the August SOM which I stamped in Pewter ink over both the white panel and the flower which insets directly back into it, then stamped again in Pomegranate to get the two-tone look. I accented the flower center with a Clear Shimmer Brush.

These cards are going to author friends, both of whom won awards in the past couple of weeks. The inside will say, "And you have the award to prove it!"

Posted by Becca-expressions at 7:15 PM