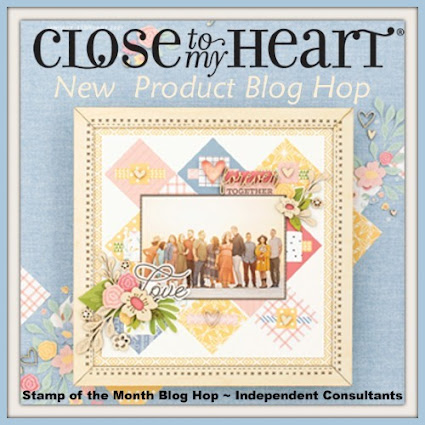 Welcome to the Jan.-Feb. 2021 Seasonal Catalog Blog Hop! We're so glad you're here. Every two months, CTMH releases a mini catalog filled with beautiful products and we do a hop to show them off. You should have come from Lauren's blog. The hop is a circle, so don't worry about where you started. Just keep going until you've seen all the inspiring projects. If you get lost along the way, head to Melinda's blog for a full list of participants.
There weren't a huge number of things I needed from this mini-catalog. The last four have generated page-long lists of must haves, so it was nice to whittle down to just a couple things I wanted and then make use of things I'd already purchased out of the Core Catalog. 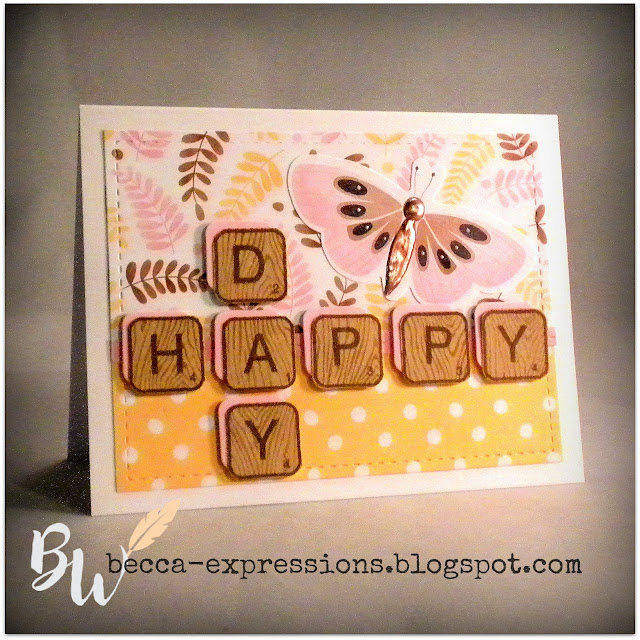 For this first card, I used the new Letter Tiles Stamp and Thin Cuts set. I've wanted to play with Scrabble tile art for a long time, so this was perfect. I used the current Mix-In paper (bottom, Canary with white polka dots pattern) with Lovely paper from the Core Catalog. I die cut each piece of paper individually with the Stitched Rectangular Frame Thin Cuts, stacked them together, then cut both at the same time. I pieced these two together and covered the seam with a piece of Ballerina cardstock that I just cut the long edge of the very outside part of the largest rectangular stitched thin cut. I also cut tile pieces from Ballerina and offset them slightly with the tile pieces (Toffee cardstock stamped with Espresso ink) before foam mounting them to the card. I accented with a sticker from the Lovely paper collection, then jazzed it up using White Opal and Rose Gold Liquid Pearls.

As a fun side note, my husband came into my craft room and glanced over at my light box where this card was sitting. He started to laugh and said, "I misread that at first. I saw 'HARPY.'" Not too many women in my life I could send a Harpy card to, but now he's got me thinking...

My next card uses the same Mix-In paper plus Ballerina cardstock. 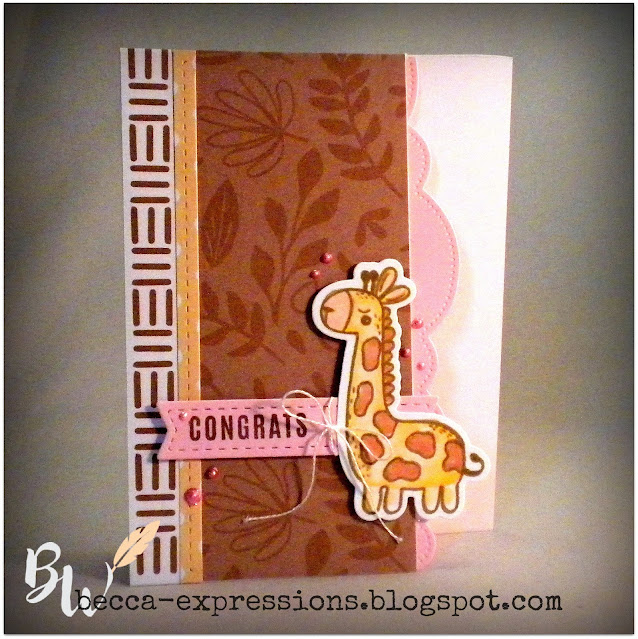 This new mini catalog features a set called Sweet Safari. It's a darling baby-themed set, but I'd already purchased Nursery Days from the Core Catalog, which has similar icons. I decided to make my own version of a card in the Sweet Safari card workshop...with one adjustment made because I messed up. 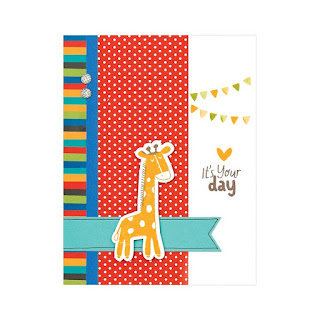 Here's the original card. It features three pieces of paper - the stripe, the blue, and the red polka dot - then has some stamped flags and a sentiment. To mimic the flags, I decided to use a goodly amount of Ballerina Liquid Pearls. Except, once I squeezed it out, I decided I didn't like it.

Look closely, and you'll see that the Ballerina border on the right side (cut with one of the Fancy Border Thin Cuts) isn't flush with the white card base. Now, I do really like how this looks, but I don't recommend the process by which I went about it.

I had already foam mounted the banner and giraffe, so I had to carefully cut  along the line of Toffee patterned paper, cut around the banner and giraffe, and then continue cutting straight to the top of the card. I then glued my piece of Ballerina border behind where I cut. It looks fine from the front but is a little ragged on the back side.  The final touches were some much smaller dots of Ballerina Liquid Pearls

Your next stop is Michelle's blog. I'm excited to see what she and the other Makers have created. Who knows, I might just find a "must have" I didn't know I needed.

Posted by Becca-expressions at 9:00 PM