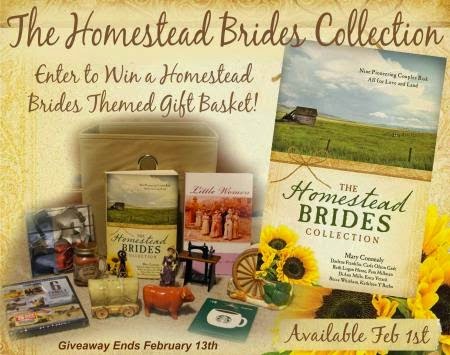 The nine authors of The Homestead Brides Collection got together to create a gift basket for one lucky reader.  We each contributed something representative of our story.  For example, apfelstudel plays a big role in my story, so I contributed an apple strudel scented candle.  (I almost bought one for myself while I was at it!)

We are also telling you a little about the background of our story.  Mine takes place about a year after the first Oklahoma Land Rush.  Being a native of Washington State, I didn't realize there was more than one. Turns out there were quite a number of them until the government figured out it was a really stupid way to settle land.  They went to lotteries instead of rushes for the last of the land openings, but that's another story. 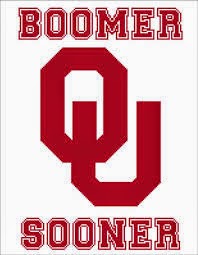 One of the fun tidbits I discovered in my research was the origin of the nicknames "Boomers" and "Sooners."  But before I can explain them, I should set a little historical context.  After the Civil War, there was a great migration of people to the West.  They wanted to settle land that Native Americans lived on or traveled through.  The end result was war and a massive resettling of Native Americans to the Oklahoma Territory.  (If you would like to read about this period, I highly recommend Empire of the Summer Moon by S. C. Gwynne which was a finalist for the Pulitzer Prize.)  The government set aside large tracts of land and assigned various tribes to specific tracts.  After all the tribes were resettled, there was land left over called the "Unassigned Lands."  People soon wanted to settle it themselves, but the government wasn't allowing anyone on it.  A group of people decided to take matters into their own hands and begin homesteading illegally.  They planted crops, raised livestock, and tended to build sod houses or dugouts.  Their goal was to force the government to open up the Unassigned Lands and, hopefully, to be granted "their land" under the homesteading laws already in effect in other parts of the country.  They called themselves "Boomers."

Once the government decided to open up the Unassigned Lands for settlement, they didn't want to reward the folks who'd done things illegally, so they sent the army in to clear out all the Boomers in preparation for the great race for land.  The army met with varying degrees of success.  Most of these Boomers managed to be where the army wasn't long enough to avoid being rounded up and moved off the land they'd worked so hard to cultivate. 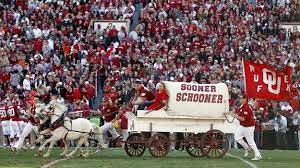 One of the crazy things about the first land rush was that the government issued the decree that the land would be opened in March of 1889, and the land rush itself was about a month later.  No one was supposed to cross into the Oklahoma Territory until noon on April 22, 1889.  "Sooners" are basically those who got into Oklahoma and staked a claim sometime after the announcement that the land was being opened up but prior to when it was reasonable that they could have left the Kansas/Oklahoma line before the gun went off at noon the day of the race.  Many of these Sooners were in Oklahoma, and particularly the city of Guthrie, legally.  There was a train depot there so anyone one with any legitimate reason to be in Guthrie on the day of the race, got there early and, precisely at noon, staked their claim to either a 160 acre plot of land or a city lot.  By the time the fastest riders reached Guthrie, most of the land inside the city limits and the surrounding homestead plots were already taken by either these Sooners or Boomers who had avoided the army.

Estimates at the time were only one-tenth of people who raced legally claimed land.  By the time the dust--and all the lawsuits--settled, the estimates are closer to one-fourth.

I have a Pinterest board dedicated to my story in this collection if you'd like to see the characters, clothing, and homesteading pictures that inspired me.  And here's a link to an eye-witness account of the land rush of 1889.

But if what you really want is a chance to win, go HERE!

If you are interested in reading what the other authors wrote about their stories, here are the links: