Fall is in the air...or at least it's supposed to be. Here in South Carolina, it's 90 degrees and humid. I guess that's why I couldn't quite go with fall colors on my sister-in-law's birthday card . 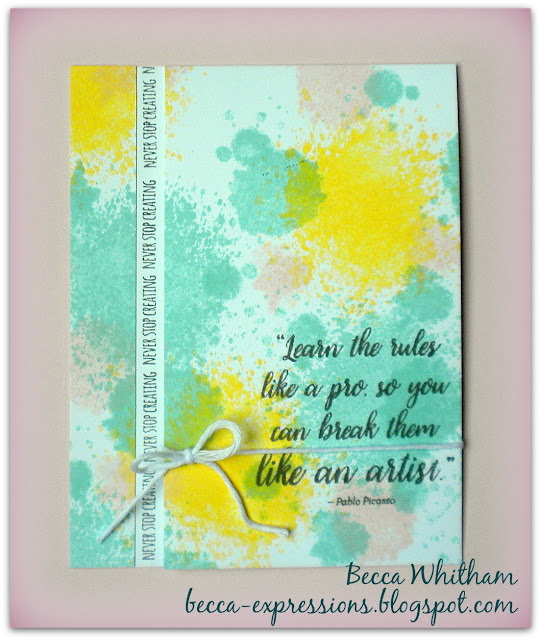 I started by stamping the front of a top folding card with Glacier, Canary, and Bashful using the Splash of Color stamp set. (NOTE: Shopping links embedded in text for your convenience.) I followed the rule of triangles and used colors that would overlap well so my splotches didn't end up looking like mud. Next I cut the left side of the card base from bottom to fold at about the 1.25" mark. Here's a look at the inside so you get a better idea of what I'm describing: 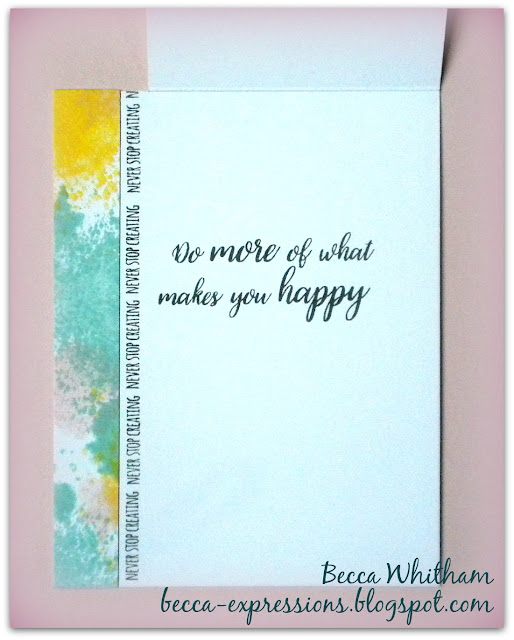 However, gluing the strip of paper back to the left side of the card was the last thing I did, so just hold on while I finish describing the process. 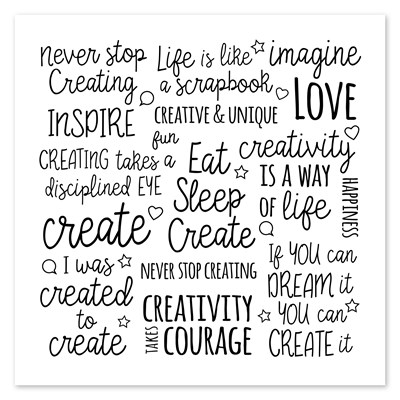 Once the front was done and trimmed, I added the large sentiments on the outside and inside. Both of them come from the Inspire stamp set and were stamped in Pewter ink. I was very careful to stamp the inside sentiment so it wouldn't show when the top flap of the card was down. I also stamped "never stop creating" in Pewter. This sentiment comes from the Created to Create stamp shown on the left. Before I ever used the full stamp, I did something that might horrify many of you...I cut the stamp into all its little parts. That's part of breaking rules like an artist. Just because something comes a certain way doesn't mean you have to use it like that. To get that nice, even row of this sentiment, I used my MISTI. (For things like this the MISTI, which stands for Most Incredible Stamping Tool Invented, lives up to its name.)
After I had "never stop creating" line done, I glued the piece of card front I'd trimmed off back on the left side of the card base and trimmed off the excess to bring it back to a 4.25 x 5.5 card. The final touch was to tie a White Twine bow around the right side flap and secure it with some Liquid Glass.
My sister-in-law is an artist who hasn't had much time to create while holding down a full-time job. She retired in January and then spent the next six months fighting cancer. She appears to have beaten it (halleluiah, amen!) so I wanted to challenge her to get back to painting. Everyone should do more of what makes them happy!
Until next time,
Becca
Posted by Becca-expressions at 10:26 AM