Last night, as I was working through the process of getting ready for the new CTMH products releasing September 1, I was putting away the Basic Fundamentals paper and suddenly had an idea...coloring the flowers on the pattern with the Nutmeg background. I'm really happy with the result. 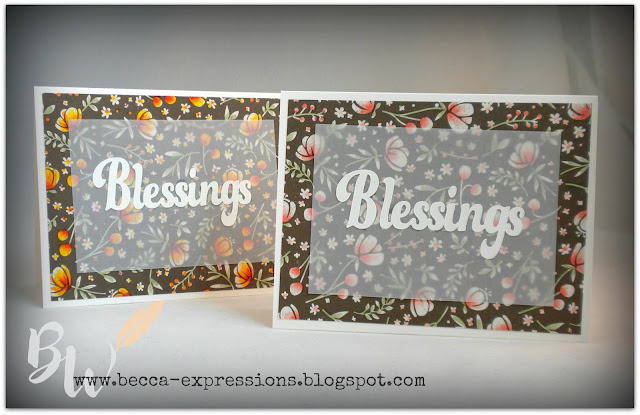 I used Copic markers, but the ShinHans sold by CTMH would work just as well. I did both a yellow and pink version just because I was enjoying playing with the technique. On the yellow version, I used three colors, yellow, orange, and red. On the pink, I only used two shades of pink. I used the same green marker for the leaves and stems on both.

The sentiment was created using the Artbooking Cricut Cartridge. I typed in the word, ungrouped the letters, moved them until they were touching (except for the "B"), then welded the letters together.

I didn't want to cover up my pretty coloring, so I glued my sentiment to Vellum Paper cut to 4.25 x 3. I then glued the vellum to the background paper only behind the sentiment. Glue shows through, so you need to hide it. The chisel tip of the Dual Action Glue Pen works great for this.

Here are both cards individually: 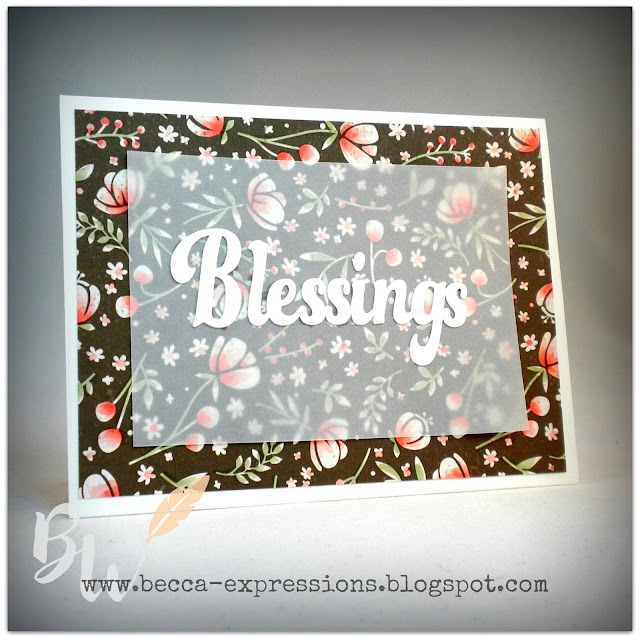 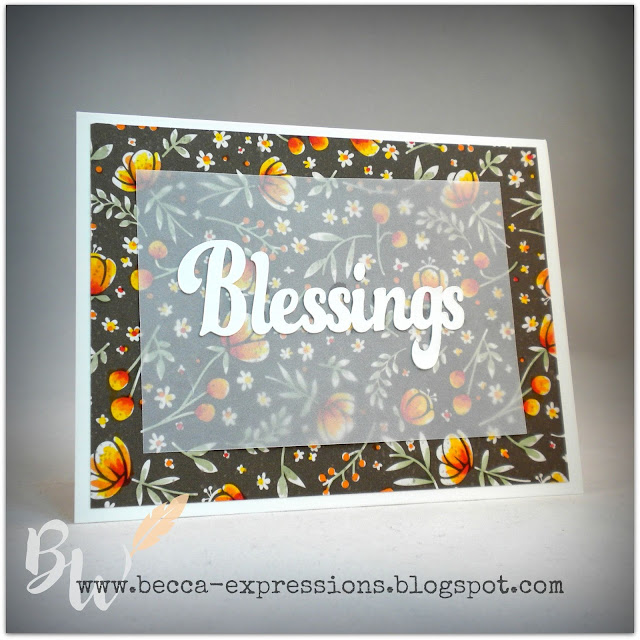 The nice thing about doing the coloring on this paper is that you don't need to be precise. The dark background hides all the smudges.

Now the sad news is that, if you don't already have this paper, you're out of luck. Supplies have run out. The new catalog goes live in five days, so some products are sold out and others are running low on quantity. However, the good news is that there are some really great deals in the Clearance section, so be sure you check that out while you're shopping. And don't forget about the promotional items which are also retiring August 31: Here's to You  and the stamp of the month, which is only $5 with a qualifying purchase.

I have been playing in my craft room with some of the new goodies and have lots of cards to share with you. Can't wait for you to see the new yumminess!

Until next time,
Becca
Posted by Becca-expressions at 1:43 PM