May SOM Blog Hop: Flowers for You 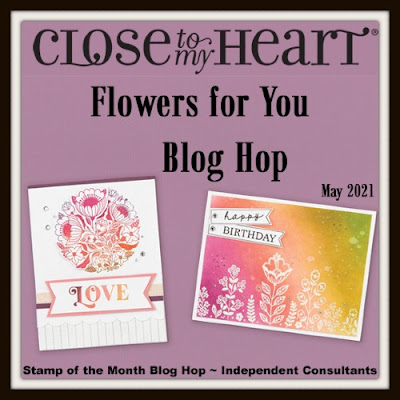 Welcome to the May Stamp of the Month: Flowers for You. You should have come from Gina's blog, but don't worry if you started here. The hop is a circle. Just keep going until you get back to where you started. If you get lost along the way, head to Melinda's blog for a full list of participants. Here's a look at this beautiful stamp set... 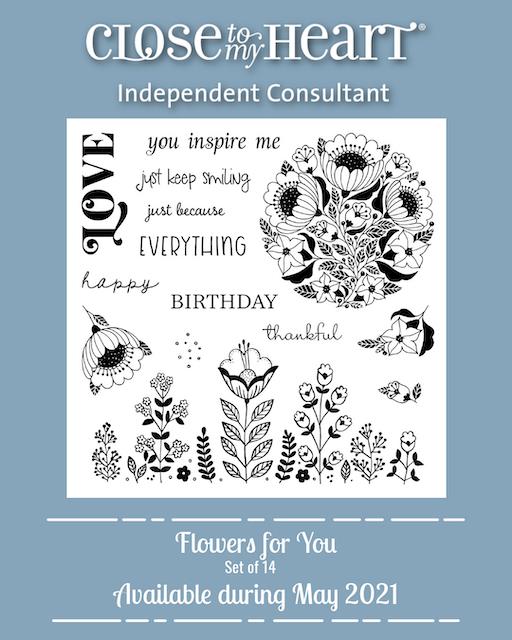 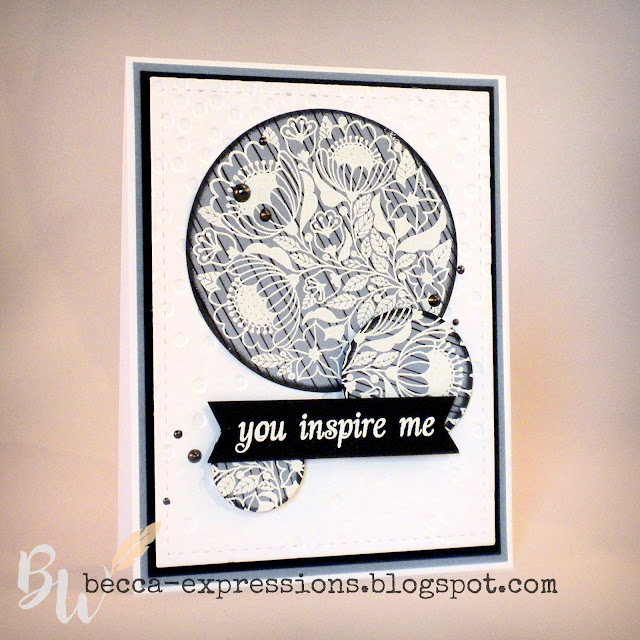 I white embossed the large circular image twice on paper from the new Mix-In Collection that just released today. Using the new Circle Thin Cuts that also released today, I placed the largest circle over the full image, then added the two smallest circles over the second image and die cut them all. I cut some white cardstock with the largest Stitched Rectangle Thin Cuts and then dry embossed with the Cascading Dots Embossing Folder. I matted it over Blue Belle and Black cardstock before gluing it to the card base. I then sponged Black ink along the edges before adding them to the card. After white embossing the sentiment on black cardstock, I added it using foam tape. Some Black Liquid Pearls finished off the card.
After finishing this one, I thought it would be fun to try the same basic idea only with three different colors of background. 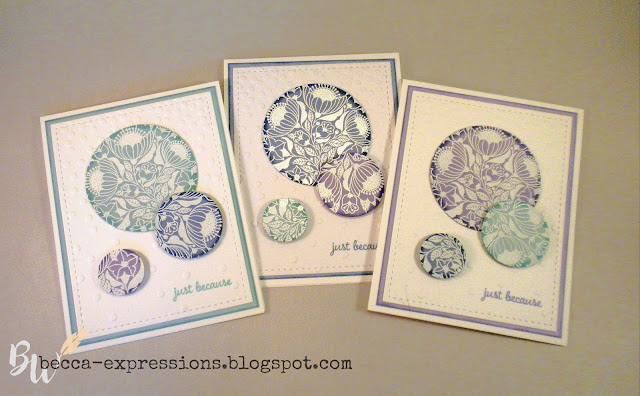 I followed the same process, starting with embossing the image twice on pieces of Glacier, Wisteria, and Blue Belle cardstock. I then cut them with the circle thin cuts, but instead of using the largest (3") circle, I went down to the 2.5" circle for the largest. The smaller two are still the 1" and 1.5" circles. I sponged the edges with the coordinating ink colors and backed them with the light side of the coordinating cardstock sponged with the coordinating inks. I then stamped the sentiment in the dominant color.
As I was considering which color to use as the background matte, I fell back on a color design principle I learned years ago: gallon, quart, pint. So... whatever color the largest circle was, I made that both the matte and the sentiment color for my gallon of one color accented with a quart and pint of the other two colors. Here's the predominantly Blue Belle card up close... 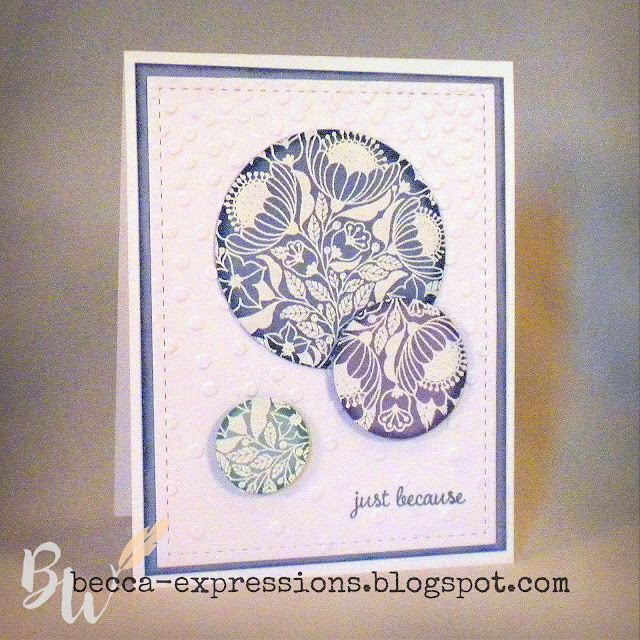 These colors are difficult to capture in photos, but trust me when I tell you that they are lovely in person.
Now you're off to Kim's blog. Again, keep hopping until you get back to where you started so you see all the great inspiration.
Until next time,
Becca
Posted by Becca-expressions at 9:00 PM