The other night I couldn't sleep because I suddenly had an idea. Anyone else ever do that? I had to get out of bed to play a bit before I could relax enough to get some sleep. I wanted to use the fringe border (3rd from bottom) as an embossed pattern. 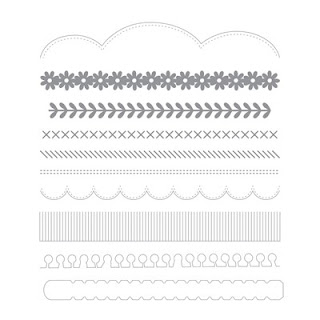 I used it on two tags, one which has too light of an impression and the other too much. But they still worked, so here they are... 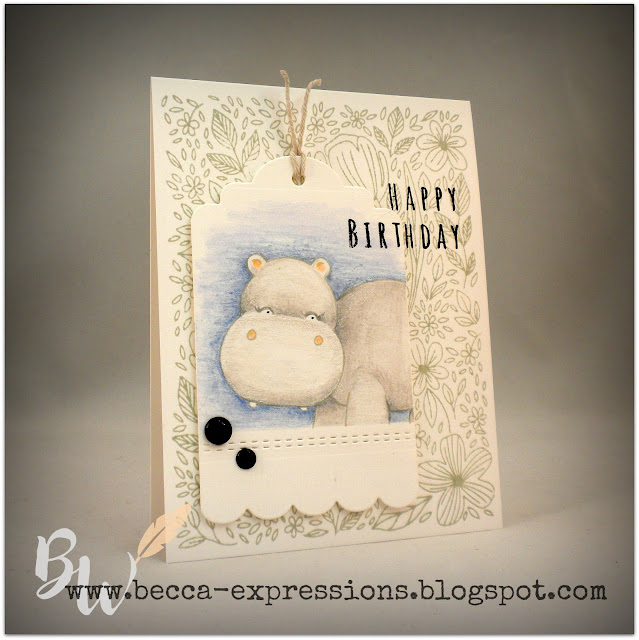 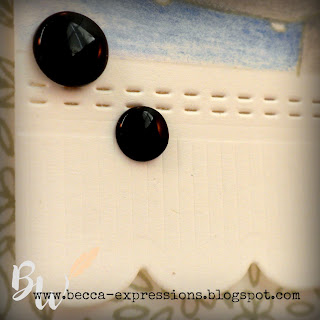 I used two Hostess Only sets for this card. The background is from She's a Wildflower, and the hippo is from Hippo-partymus. I tried to capture the light impression of the fringe border cut in this close-up, but it was really hard. It does show up quite nicely in person. I sandwiched it into my Cuttlebug as follows: A, rubber mat, die, and C plate.

Because the impression was so light, I decided to add a second border cut/impression. This also gave me a longer bordered edge which I liked.

The background was stamped in Mink to coordinate with the Mink Twine at the top of the tag. The hippo was stamped in Linen which provided a good outline for my no-line coloring using Prismacolor pencils. I stamped the sentiment on the tag and onto the background at the same time, then used foam tape to add some dimension. The ink didn't cover real well over the waxy colored pencils, so I did go back over it with a black ballpoint pen. I also added the pupils to the eyes with this pen.

To give balance to the overall card, I needed some more black so I added two Enamel Dots. I think it might look better with the medium and small dots rather than the medium and large ones, but it wasn't bad enough to take them off and fuss with it more.

I've been playing with these two stamp sets quite a bit lately. See the following posts: Happy Birthday Card (without the Hippo), Thank You Card with Hostess Only "She's a Wildflower" Set, and Seasonal Expressions 2 New Product Blog Hop. 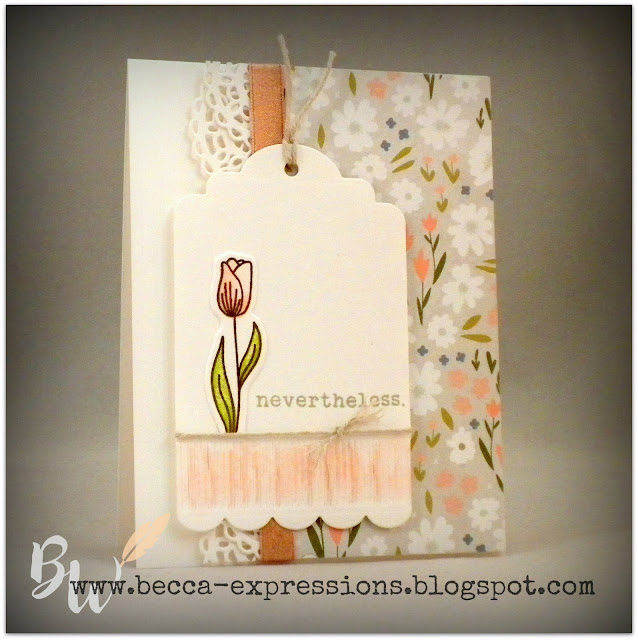 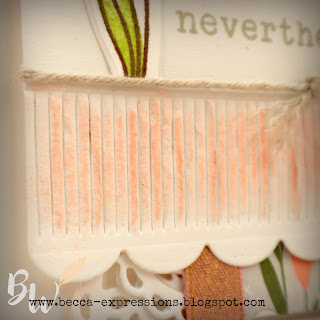 This border has a rustic feel to it. I moved it up higher on the tag. I sandwiched it into my Cuttlebug as follows: A, B, rubber mat, die, and B plate. I'm pretty sure that's the correct sandwich. I used super-heavy cardstock (#110), so I'm going to try it again using lighter weight cardstock and see if that helps.

UPDATE:  I tried several ways with several different weights of cardstock and here's what worked the best for me: A plate, rubber mat, paper, die cut face down, two of the foam squares that come in CTMH stamp sets, C plate. I got a nice impression without any paper tearing.

The tulip and sentiment come from the Where Happiness Blooms stamp set with coordinating Thin Cuts. I stamped the flower outline in in Espresso, the leaves in second-generation Sweet Leaf, and the tulip in second-generation Peach. On both the leaves and the tulip, I rolled the edges in their respective ink colors before stamping. I also used Peach on the border, lightly swiping over the top with a sponge dauber. The sentiment was stamped in Mink.

The border behind the tag was created by cutting the Lace Border Die twice and adhering them together slightly offset. I didn't end up liking it that well...too busy. However, by covering up most of it with the tag, it works. The background also uses Blush Ribbon (which really should be re-named Peach Ribbon) and Sweet Girl patterned paper. Mink Twine finished off the tag, and foam tape behind the background panel and tag added dimension.

Movers come in less than a week. Serious pack up of my craft room begins on Saturday. I'm spending every moment I can playing before all my lovelies go away for a month. I will pack a "to-go" bag, so hopefully I'll get to post a few things from the road. 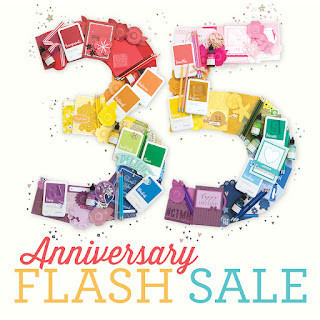 Don't forget that CTMH is hosting a 35% off Flash Sale on selected items starting at 3pm Mountain Standard Time starting TODAY!! Items go quickly, so be sure to shop early. Do the math to figure out what 3pm MST means for you. I'm on the east coast, so my alarm is set for 5 pm today.

Until next time,
Becca
Posted by Becca-expressions at 11:15 AM