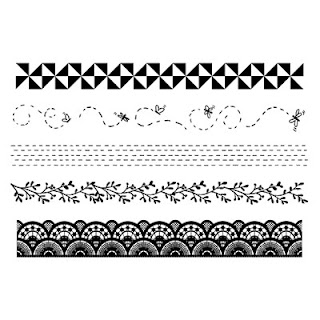 I'm in the "spend huge amounts of time in my craft room because it's getting boxed up for a month starting next week" phase of moving. Last night I started playing with the Charming Borders set. I made some patterned paper inspired by the True Love color palate of the current CTMH set of paper suites.

I thought it might be helpful for you to see a picture of the stamp set. It's five different borders. I used the top one.

Here's the first card which is the best at showing you the pattern I made. 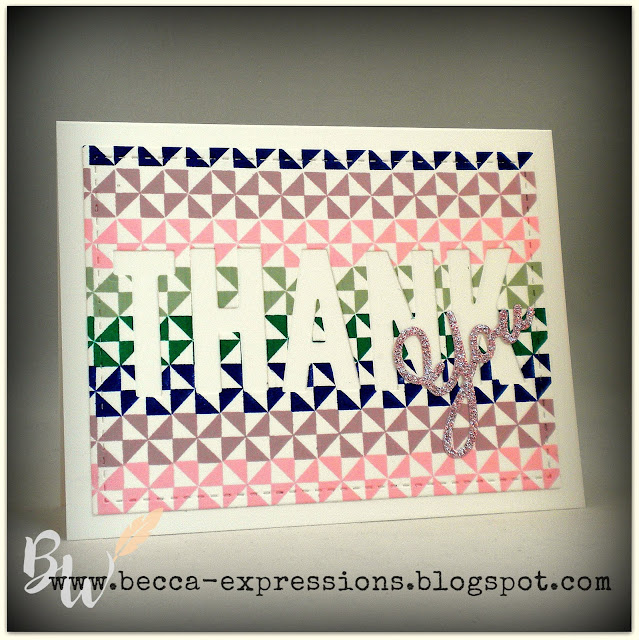 The colors here are Sapphire, Sugarplum, Ballerina, Sage, and Emerald. With the leftovers, I made this card. 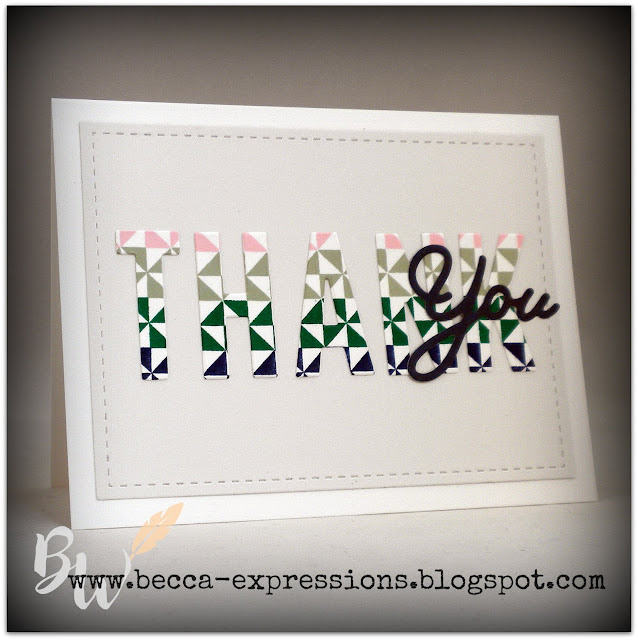 I actually made this card first because I used the cut shapes from the top card for the placement on this one. The "You" in both of these is from a retired set. I like the placement on the top card better, but this is glued down. It's not bad...but oy! I wish I'd fussed just a bit more before gluing. The background panel is Linen cardstock. When you cut with the Stitched Rectangle Borders, you get two images. I didn't want to use a whole frame, so I cut one side to make the border on this card... 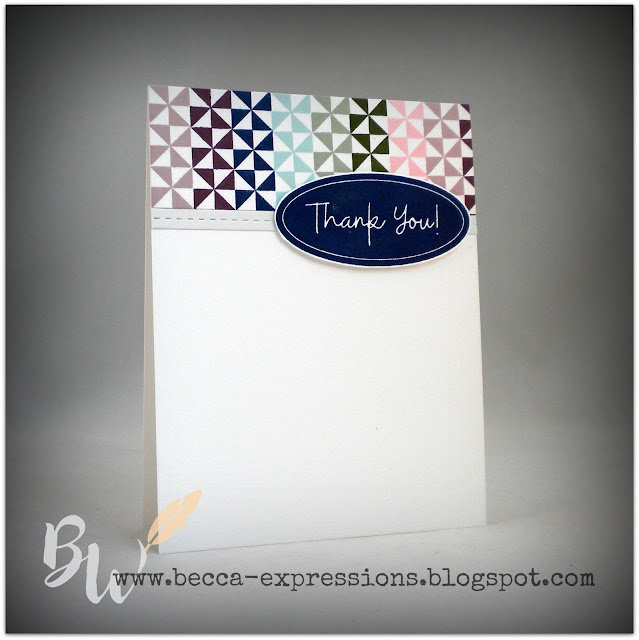 The colors here are exactly the ones from the True Love color palate: Eggplant, Sugarplum, Sapphire, Mint, Sage, New England Ivy, and Ballerina. The "Thank you!" comes from the "She's a Wildflower" Hostess Only set. I'll be posting a card using this set tomorrow, so I hope you'll come back to see it.

When I created my pattern, I used a 4.25 x 5.5 piece of paper. I trimmed off the top three squares for this card. I made a second card identical to this one and with the leftovers, I made this one... 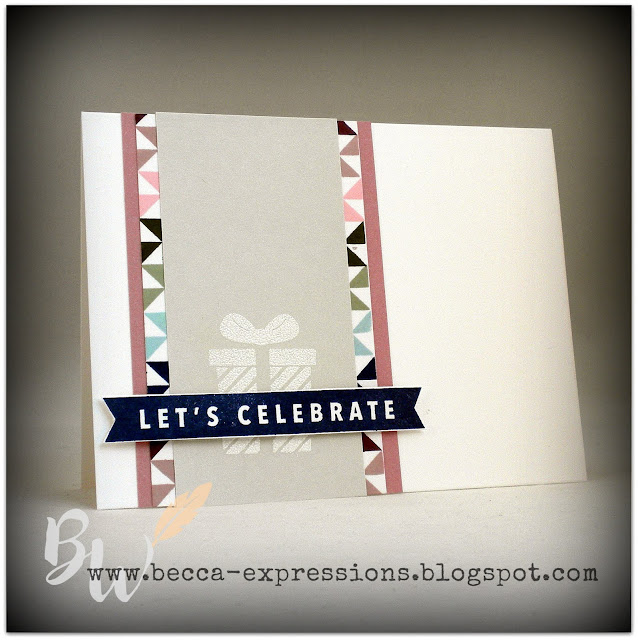 I don't want to tell you how long I fussed with this card. The large amount of pattern was really pretty and I didn't want to cover it but it was just too strong. I carefully measured the distance between the edges of the patterned paper so just that little bit would show through. I also cut a smaller piece so a full row of the pattern showed on both sides just to see the difference. In the end, I decided I liked this tiny bit best. By the time I figured out what I wanted to do with this, it was past midnight. My husband was sleeping soundly so, to do my embossing (present from the One Year Older stamp set), I took my heat gun out into the garage.

The banner is also from the One Year Older set. I stamped it in Sapphire and used my Micro-tip Scissors to trim it out. I think this might be my favorite of the four cards. Or maybe it's just that I'm so happy I finally figured out what to do with that last piece of patterned cardstock.

Here's the supply list with links for your shopping convenience:


Before I go, I have to say how proud of my hubby I am. Today he got rid of about twenty t-shirts, some of them ones he's had since before we were married (and we're coming up on 35 years!!). He also tossed a bunch of files we've been carting around for who knows how long. He's been eyeing my craft cabinet, though, so it's time for me to go through my closet again and do some more tossing so he doesn't get any funny ideas.

Until next time,
Becca
Posted by Becca-expressions at 3:40 PM