The World is Yours Blog Hop

Welcome to our The World is Ours Blog Hop. You should have come from Barbara's blog. The hop is a circle, so it doesn't matter where you begin. Keep linking through until you get back to where you started. 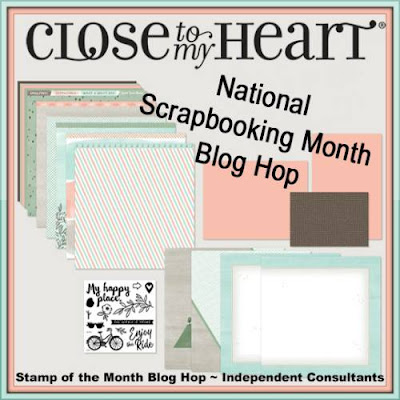 I decided to purchase only the paper and use images from the You Are Here Cricut Cartridge to create this layout.

The paper suite comes with a sticker sheet. I decided to cut some of the smaller images apart and add them to various spots. You can easily see the two heart stickers on the Eiffel Tower, but the third one isn't as easy to see. Here's a close-up shot of both it and the arrow stickers I added to the title. 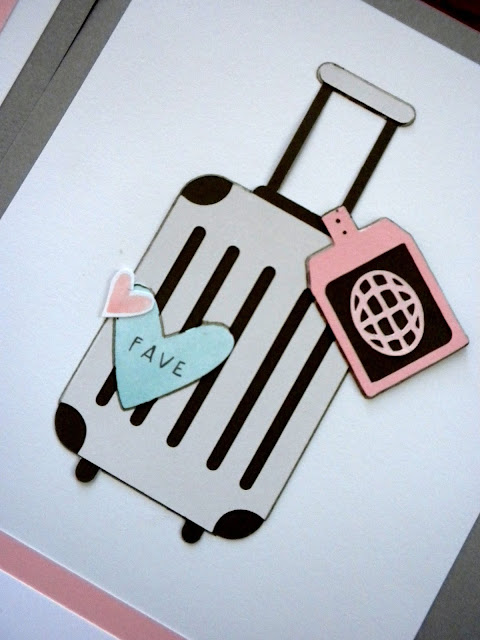 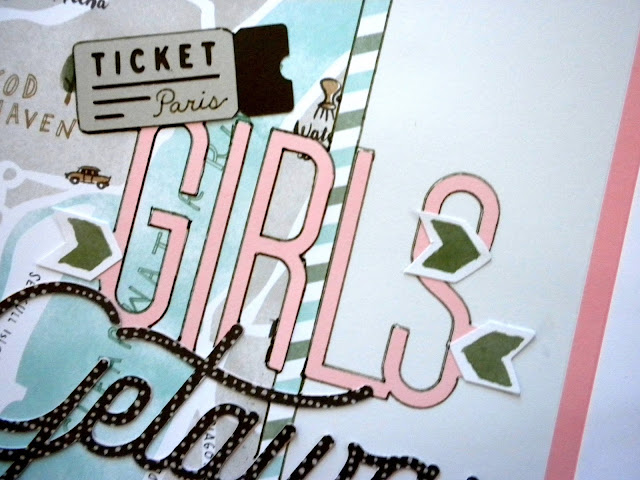 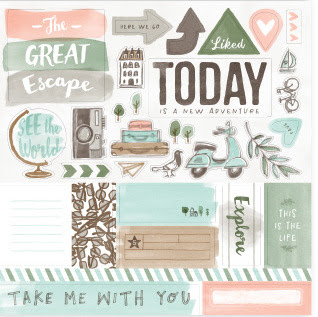 Here's a close up of the sticker sheet. Both the arrows (under the camera) and the hearts (top, right corner) come in a line of three. I simply cut them apart to suit my needs. The only other customizing I did was to use a thin brown marking pen to hand-write "Paris" on the ticket stub and outline the cut images. I also used it along both sides of the border sticker running between the R and L of "GIRLS."

To make the map on the right side of the page, I used the slice feature on Design Space. If you have the You Are Here cartridge and are on Design Space, here's the cutting file. You'll notice that the rectangle of patterned paper on the left side of the layout isn't included in the cutting file. That's because I simply cut off what was left of the patterned paper after cutting out the map side (which I moved to the far right of my mat before cutting), trimmed the bottom so it was 11.5 inches long, and glued it to a 12x12 piece of Heather cardstock (dark side). For the background behind the photo mats, I trimmed a piece of Linen cardstock to 11.5x11.5, then cut it at about the 7" mark. The sticker stripe covered where the map patterned paper and the Linen cardstock didn't quite meet.

The photo mats are 4x6 in Peach paper (dark side). I have a bunch of photos which are yet to be developed from a trip my daughter and I took to Paris and Versailles several years ago. I'm SO BAD about actually getting the pictures developed once I've edited them and posted them on social media. Hopefully this layout will provide the inspirations to make several more and get photos in them.

Here's the supply list (with shopping links for your convenience):


Now you're off to Melissa's blog. Again, the hop is a circle and there's lots of wonderful inspiration to be seen, so make sure you click through the entire thing.

Until next time,
Becca
Posted by Becca-expressions at 9:00 PM